Different cultures around the world all have different practices when it comes to spirituality. Many cultures, for example, believed you were not worthy of your place until you reached spiritual enlightenment. While in other cases, it was necessary for connecting to your purpose.

Throughout history, this has been a common denominator. Famous stories of Jesus, Moses, or even Buddhist leaders all had one thing in common; their journeys were all guided spiritually & that led them to enlightenment.

Alternatively, it seems there are certain places in particular that an experience like this is more likely. These places are now considered to be sacred & believed to house energy vortexes that can connect with us on a more intimate energetic level. And while all these cases are unique & subject to belief, if you’re a spiritual guru looking for a place to search for otherwordly wisdom or guidance, this is for you. Here are 5 of some of the most spiritual places in the world.

Borobudur is the first place on the list. This ancient site is located in Indonesia, & is believed to be directly connected with the Buddhist path of enlightenment. Being one of the most beautifully preserved architectures known to man, this site is built on healing energy, & guarded by 504 statues of the Buddha. This temple is designed as a place where one can go to reach enlightenment. The mystical stillness in the air provides a perfect place for contemplation & meditation. Spend some time here seeking wisdom, & you may leave with newfound wisdom. For further information on more spiritually healing places around the world, be sure to check out, “Top 60 most Spiritual Place to Travel” for more ideas!

Next is Bodh Gaya, India, the most famous Buddhist site in the world. It is here at the Mahabodhi Temple that Gautama Buddha reached enlightenment 2,500 years ago. For this reason, Bodh Gaya is considered to be the birthplace of Buddhism. Many tourists & spiritual teachers travel here from all over the world seeking enlightenment. This temple is one of the most extravagant sites you’ll ever see, & is worth a visit if you’re seeking inner peace. For more famous temples of India, be sure to check out our article, “20 Famous Temples in India You Must Visit” for more guidance.

Next on the list is Stonehenge. Very well-known, Stonehenge is famous for having mystic energy associated with it. There are many theories about how the stones got here & what they are used for, but many pagans believe it was used for rites & rituals. A large celebration that still occurs here every year is the summer solstice festival. This is because this spot is believed to be a vortex of sacred energy, & is the prime spot to practice magic. A vast majority of tourists & scientists who have visited here have claimed to feel some sort of energy field. Some have even left with a newfound awareness. If you’re lucky enough, you may leave with a little magical story to tell yourself.

Moving on to one of the most sacred sites in the Greek world, the Sanctuary of Apollo. This site was once lined with statues & treasures to honor the god Apollo. Although dedicated to the sun god, this site was most known for its connection to priestess Pythia, who was considered to be the voice of the gods. This site is believed to be the mystical spot where she received these otherwordly messages. For this reason, many people claim a deep sense of peace & spiritual enlightenment here. This site dates back to 1500 B.C. & still holds one of the most mystical energies of the earth today. If you’re lucky, you may receive a message or two yourself.

And lastly, one of the most mythical places that still exist is that of the Egyptian pyramids. Still confusing archeologists to this day, these structures are full of mystery. Many people believe that these monuments are a symbol of ascending levels of consciousness. Others say the Egyptians intended the pyramids to create a passage for the dead. In this theory, the dead would use the point on the pyramid to direct energy in order to ascend to the heavens. But with so many different theories, it’s hard to tell which would be the most plausible. But still, they are interesting to ponder nonetheless. Be sure to make Egypt a place on your bucket list to learn for yourself. And for more on the spiritual significance & theories of the pyramids, you can check out this piece, “The Spiritual Significance of The Egyptian Pyramids.” 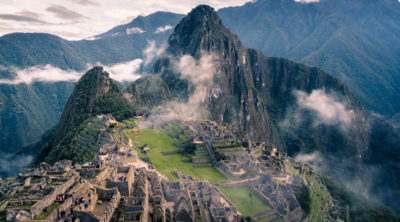 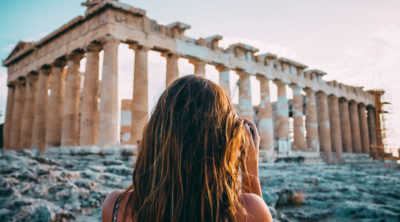