10 of the Absolutely Best Secret Beaches in the World

Exploring untrodden paths is both exciting and challenging at the same time. Vacayholics brings to you an interesting list of some of the so-called secret beaches, which are, as of now, under the radar. 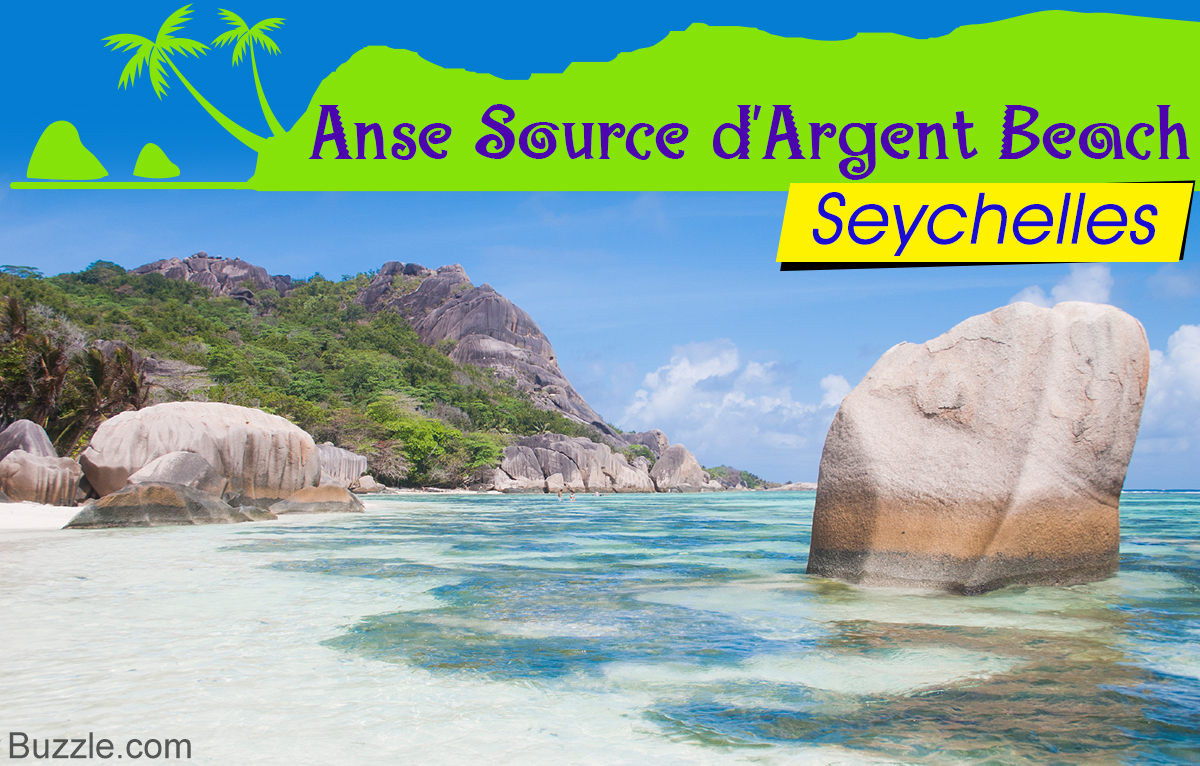 Exploring untrodden paths is both exciting and challenging at the same time. Vacayholics brings to you an interesting list of some of the so-called secret beaches, which are, as of now, under the radar. 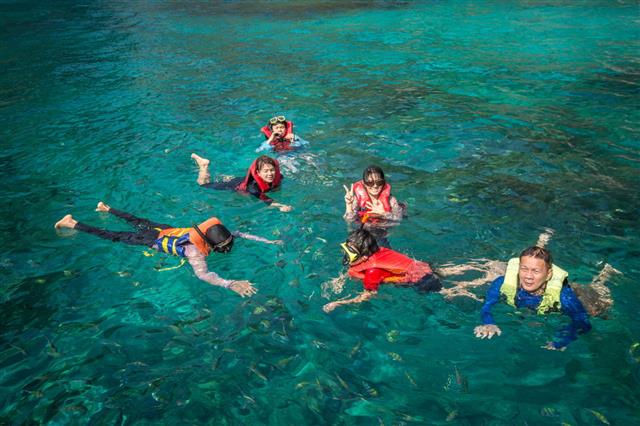 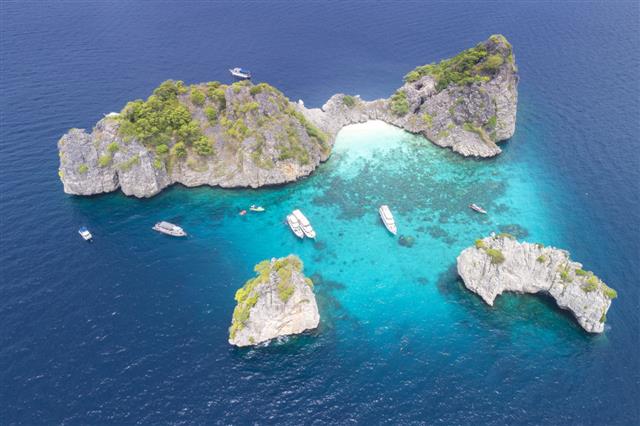 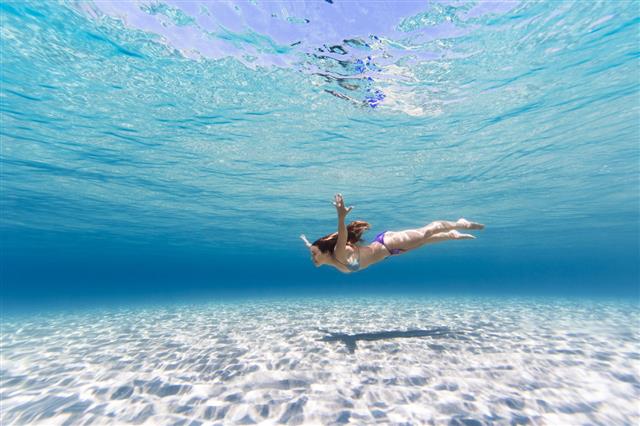 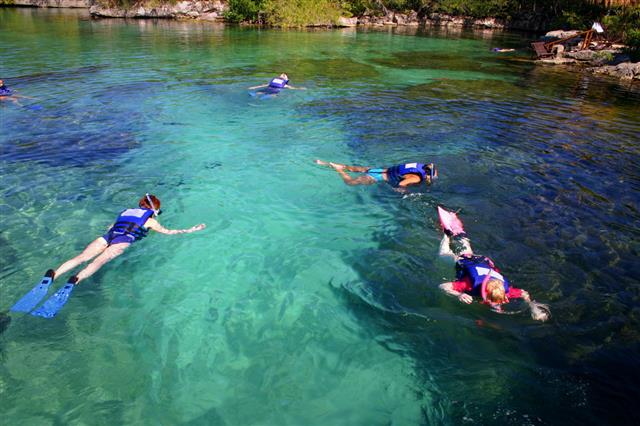 “The three great elemental sounds in nature are the sound of rain, the sound of wind in a primeval wood, and the sound of outer ocean on a beach.”
― Henry Beston

A beach is, by far, one of the most favored relaxation spots for numerous people across the world. Beach vacations have always been popular but have gained unparalleled impetus in recent years, and a lot of beaches around the globe have become popular tourist spots, boasting of world-class tourist infrastructure and innumerable activities to indulge in. All these popular beaches are, more often than not, so packed with tourists that their inherent characteristics of serenity and calmness tend to be overshadowed by the constant sounds and frenzies of just too many people.

However, we have a piece of good news for beach lovers who wish to spend some blissful moments by the sea. There are still a number of unexplored beaches across the globe that can be your secret hideaways if you want to escape the crowds. These understated, if not really hidden, beaches are those “secret” gems which have not yet been noticed enough by the tourism industry. So, with much lesser crowds, and trodden almost exclusively by the locals, these beaches are sure to provide you enough calm, with their turquoise waters, majestic blue skies, and white-crested waves.

No matter whether you are an adrenaline junkie, seeking pleasure in each and every activity involving a wave; a die-hard swimmer; a lay tourist wanting to sunbathe and relax by the sea; or an intrepid traveler wishing to explore the untrodden paths, these undiscovered/lesser known beaches will surely overwhelm your senses. We hope that Buzzle’s list of some of the most outstanding, under the radar, beaches will persuade you to visit them during your vacation, and also to discover some more of them. 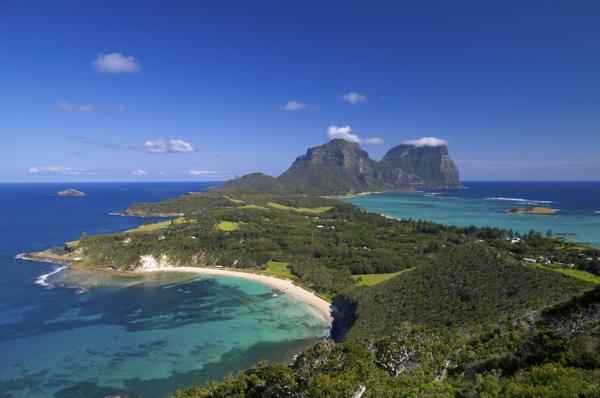 Widely considered to be the most beautiful island in the Pacific Ocean, the Lord Howe Island is located just a two-hour flight’s distance away from Sydney and Brisbane. This little, far-flung gem is, in fact, one of Australia’s best kept secrets. With no mobile phone networks, hardly any street lights, no public transport system (visitors have to either walk or cycle their way across the island), and only about 400 tourists at any given point of time, it offers some of the most breathtaking views of mountains, plunging right into the sea, and long straps of coral reef lagoons. There are 11 beaches on the island including the Ned’s Beach, Old Settlement Beach, Blinky Beach, and King’s Beach. 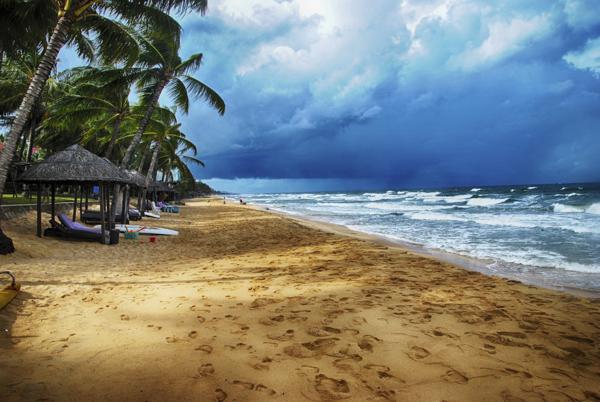 Location: Gulf of Thailand, Vietnam
Things to do: Diving, kayaking, getting a massage, indulging in some fresh seafood, etc.
Best time to go: Between November and March

One of the little explored and largely underdeveloped islands, the Phú Quốc Island is known for its clean and uncluttered beaches. Geographically nearer to Cambodia than mainland Vietnam, this island has a sizable military presence on it. Large tracts of the island are covered by a dense, tropical jungle. The Long Beach is lined with some tourist resorts; however, there are some smaller beaches that offer calmer retreats. Most of the island can be easily accessed by a motorbike, the most common vehicle found there. 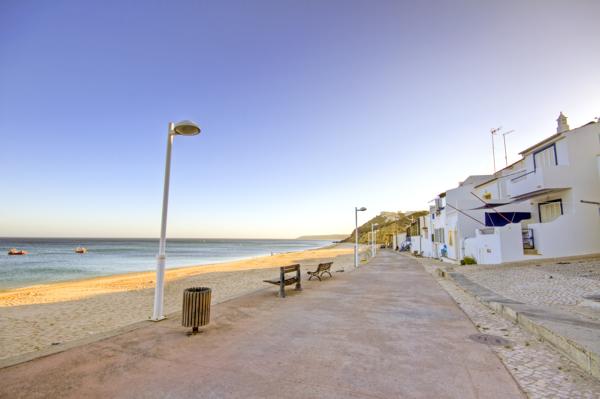 Location: Algarve, Portugal
Things to do: Sunbathing on the beach, fishing, hiking the cliffs, biking through the village, indulging in local seafood, etc.
Best time to go: In May, June, or October

A mere three hours from Lisbon is the small fishing village of Salema, with its picturesque beach nestled between two steep cliffs. The village and its beach is a pleasant retreat from the busy Algarve Coast, which is always bustling with tourists. The village itself has been able to maintain its authenticity with respect to its social life and culture. There is only one main street, traditional white stucco dwellings, an open-air market, and just a few places offering traditional/local delicacies. 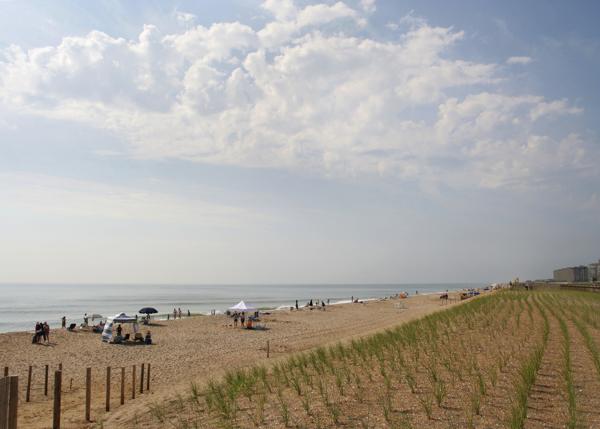 Location: Sussex, Delaware, USA
Things to do: Swimming, boating, fishing, golfing, etc.
When to go: From mid-May to September

One of the most pedestrian- and cyclist-friendly cities in the US, Bethany Beach seems absolutely incomplete without its stunning beach. Listed as one the most favorite family beaches by Travel+Leisure, the city offers as many as seven long miles of Atlantic seafront, with a lot of kid-friendly activities. What is even better is that the beach is much less crowded than some others in nearby cities. The beach also features a boardwalk with a bandstand, a miniature golf course, and a beautifully carved totem pole. 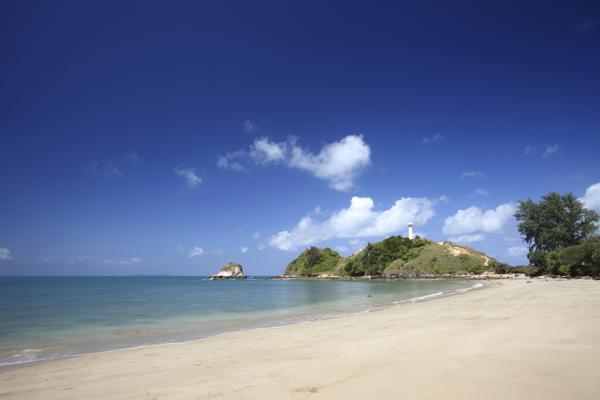 Krabi’s sexy beach babe―according to Lonely Planet―the Ko Lanta island is situated off the Andaman Coast in southern Thailand. About an hour away by a speedboat from Krabi airport, the island features white sand beaches, authentic fishing villages, and locals who stay in stilt houses. A much isolated retreat from the maddening Phuket and Phi Phi, the island and its beaches get more and more secluded as you go on traveling southwards. Ko Lanta has been listed as one of the Sexiest Affordable Destinations by Travel+Leisure. 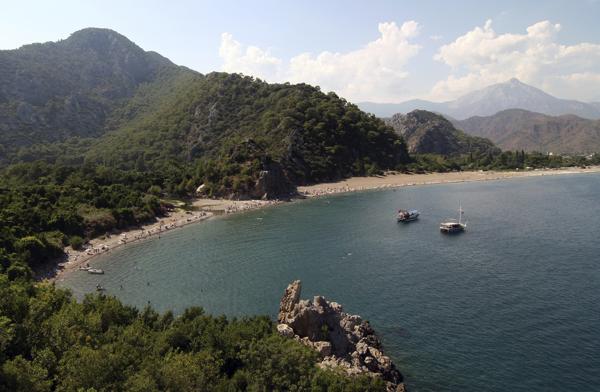 Cirali, a small village in the southwestern part of Turkey, has been able to retain its authenticity and keep harmful intervention at bay due to more reasons than one. For one, the Cirali beach is a hatching ground for the endangered loggerhead sea turtles, which are seen nesting on the pebbly sands of the Cirali Beach. Moreover, the village lies in the vicinity of the ancient ruins of Olympos as well as the most enigmatic icon of the Classical era―the eternal flame of the Chimera. Relatively less trodden, Cirali, along with its pristine beach, is surely a haven for culture enthusiasts. 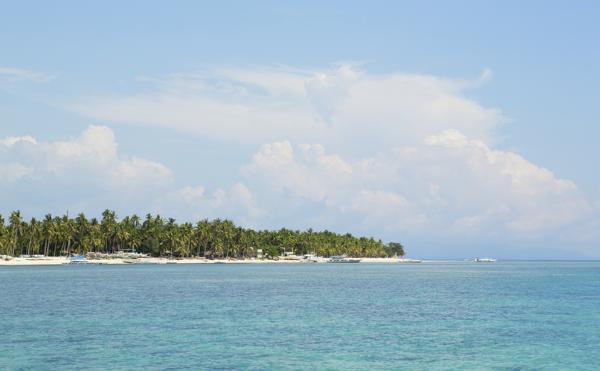 One of the popular tourist destinations in the Philippines, the Panglao Island may seem to be a little misfit in this list, until we tell you that it does have several unexplored beaches, including the Doljo Beach, known for the abundance of beautiful seashells in its sands, and the Momo Beach, known for its pristine shore lined with numerous coconut trees. On the Doljo Island, there is a mile-long stretch of beach owned by Ananyana Beach Resort & Spa, which have only 12 cottages for tourists. 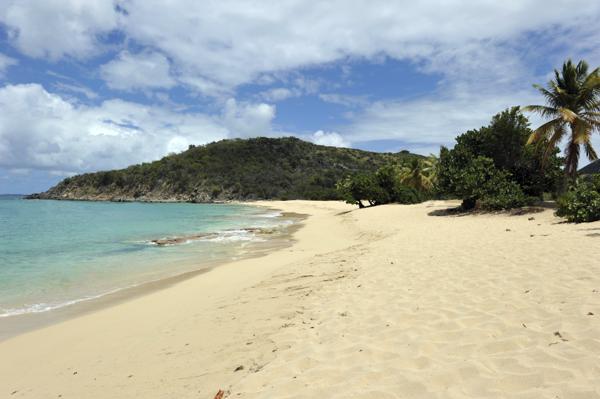 Location: French collectivity of Saint Martin, the Netherlands
Things to do: Sunbathe au naturel, swimming, snorkeling, relaxing in the sand, etc.
Best time to go: Between mid-December and mid-April

This beautiful tropical beach on the French side of Saint Martin island is situated to the north of the famous Friar’s Bay Beach. This is a small, lesser-known, sparsely populated stretch of white sand, that can be reached after a well-marked hike of about 15 odd minutes. The hiking route passes through an underbrush and so, the hike needs a little effort; however, it is worth it, considering the serenity of the beach, and the privacy that it imparts. There are no services and facilities, whatsoever, at Happy Bay, so make sure that you stock up your supplies at Friar’s Bay itself. 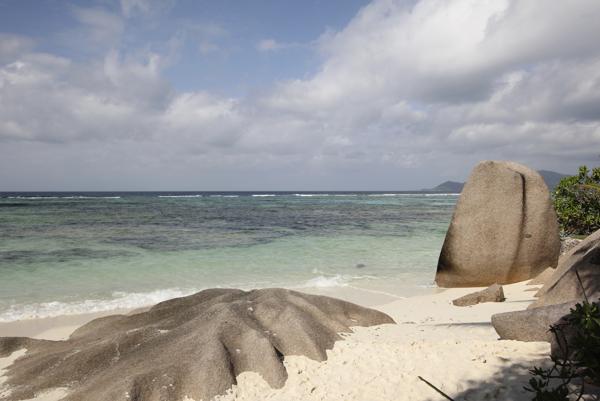 Location: La Digue Island, Inner Islands, Seychelles
Things to do: Cycling across the island, swimming in the tranquil waters, snorkeling along the reefs, sunbathing, etc.
Best time to go: In April or May

The third-largest inhabited island of the Seychelles, and reasonably accessible in that, the La Digue is home to one of the best-preserved gems in the world, the Anse Source d’Argent Beach. This picturesque beach has white sand, and enormous granite boulders smoothed by the sea. A favorite spot of film directors and fashion photographers, it presents the most iconic images of emerald waters, sugary sands, and a peaceful ambiance. Not really off the radar, but comparatively less visited due to the island’s remote location, this beach is surely a place you won’t want to leave. 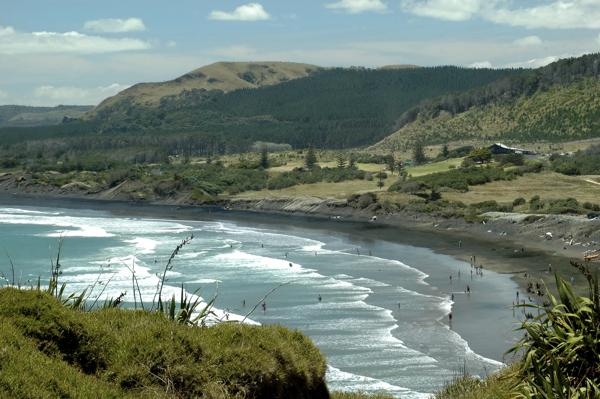 Muriwai, a small coastal village on the west coast of New Zealand, lies about half an hour’s drive from Auckland. Relatively lesser-known than the more popular Piha Beach, Muriwai has a rugged oceanfront with black sand beaches and a beautiful seascape. Apart from Muriwai’s main beach, is the Maori Bay, a horseshoe-shaped stretch of sand within a cove. But the highlight of Muriwai is the rocky outcropping that lays between the main beach and the Maori Bay, which is home to the country’s largest onshore colony of gannets.

There are countless hidden beaches all over the world, but the real fun is to discover them before anyone else we know does. We hope that the beaches listed above and all the others that exist continue to retain their pristine glory, and to embellish our planet with breathtakingly admirable pristineness. 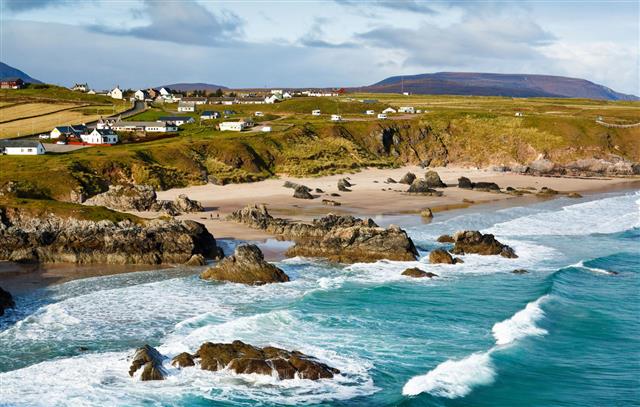