Burj Al Arab, a luxury hotel located in Dubai, United Arab Emirates, is one of the tallest and the most expensive hotels in the world. One amazing thing is that it stands on an artificial island. This Vacayholics article outlines some interesting facts about the Burj Al Arab hotel.

Burj Al Arab, a luxury hotel located in Dubai, United Arab Emirates, is one of the tallest and the most expensive hotels in the world. One amazing thing is that it stands on an artificial island. This Vacayholics article outlines some interesting facts about the Burj Al Arab hotel. 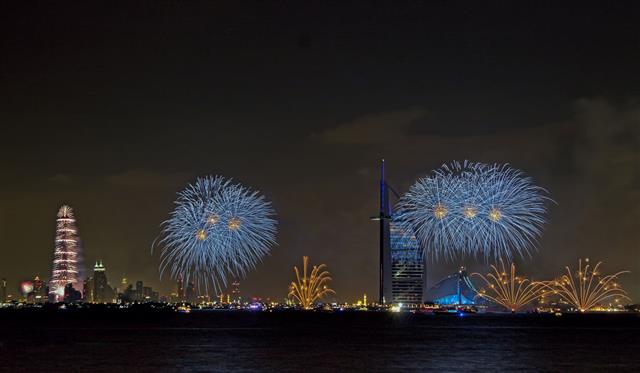 The iconic structure was built to resemble the sail of the Dhow, which is a kind of Arabian vessel.

The Burj Al-Arab, a wonder of Dubai, is one of the world’s tallest hotels. It is visible from almost every spot in Dubai. It stands on a man-made island, which is situated some distance away from the shoreline. This superstructure is world-famous and one of the most recognizable attractions in the city. It was designed by the American architect, Tom Wright. Before its construction, it was planned that Burj Al Arab would be the icon of the city. Its construction began in 1994 and was completed in the year 1999. It is one of the most luxurious and expensive hotels today, and is referred to as the only seven-star hotel in the world. A number of high-end facilities are available here. The innovative exterior and the beautiful interiors of the hotel have attracted celebrities and tourists from all over the world. Here are some facts about Burj Al Arab that shall interest you.

Facts about the Burj Al Arab 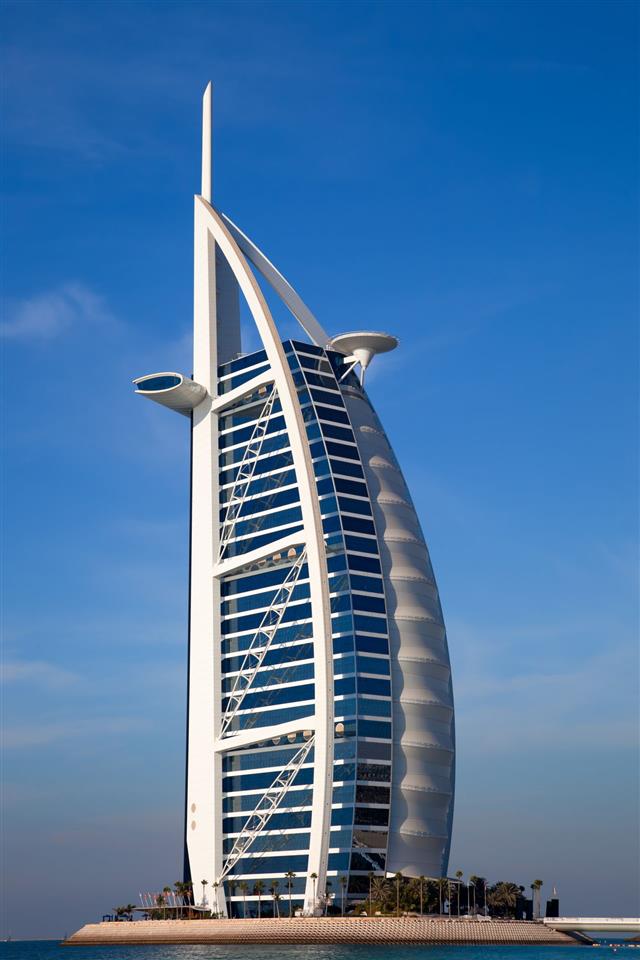 ▸ Burj Al Arab is located on an artificial island, built about 280 meters away from the Jumeirah beach in Dubai. It is connected to the mainland by a gently curving bridge.

▸ It stands as one of the tallest structures in the world. Its height is 321 meters (1,053 feet) above the sea level.

▸ The magnificent structure is home to the highest tennis court in the world. The tennis court is located close to the top of the hotel.

▸ Moreover, on top of the building, at a height of 212 meters above the sea level, there is also a helipad about 24 meters wide. It enables one to arrive or depart from Burj Al Arab by a helicopter and admire the beauty of the whole city from above.

▸ Gold was used to embellish the interior of the structure.

▸ The cost involved in building the hotel was $650 million.

▸ The construction involved several companies and contractors from the UK, USA, and Dubai and over 3000 workmen.

▸ It took three years just to build the foundation as it was constructed in the ocean with massive rocks and concrete. Around 230 concrete pillars were driven into the sand, more than 40 meters deep to hold the foundation. The friction of the sand against the piles helps to sustain the foundation.

▸ A layer of massive rocks was placed on the surface in a honeycomb pattern to protect the foundation from erosion.

▸ Around 70,000 cubic meters of concrete and about 9,000 tons of steel were used in the construction of the building.

▸ The smallest suite of the Burj Al Arab covers an area of 169 square meters while the largest is 780 square meters.

▸ The design of the structure features a steel skeleton enclosed within a concrete tower. There are two wings to form a mast, and the area between the wings is covered with a Teflon-coated woven glass fiber screen. The coating of the fabric protects the building from harsh heat and dirt. The fabric also allows a white milky light to penetrate inside the building during the daytime. At night, the fabric is lit by lights of varying colors.

▸ Al Muntaha, one of the restaurants inside the hotel, offers a view of Dubai.

▸ Another restaurant, the Al Mahara, features a large sea water aquarium, holding more than one million liters of water.

▸ There is also an open-air swimming pool at the ground level, a private beach located on the mainland, and the Wild Wadi Water Park.

▸ The interior of the hotel was designed by Khuan Chew, Design Principal of KCA International. The interior features an atrium with a beautiful central fountain and a cascading waterfall.

▸ There are more than 28,000 light fixtures in Burj Al Arab.

▸ Statuario marble was used to make the walls and flooring. Around 43,000 square meters of it was used to embellish the interiors.

▸ Burj Al Arab is supervised by Jumeirah Group, the global hospitality company and a member of Dubai Holding.