Few can resist the call of the wild; even fewer among those can bypass the lure of the African wilderness. Kenya is one of Africa's crown jewels, and this Vacayholics article features the most popular national parks of this beautiful nation.

Few can resist the call of the wild; even fewer among those can bypass the lure of the African wilderness. Kenya is one of Africa’s crown jewels, and this Vacayholics article features the most popular national parks of this beautiful nation.

The east African nation of Kenya is the home of safari. The country’s rich geographical diversity can be attributed to the Great Rift Valley that runs through its length. The Valley’s floor has a series of freshwater and soda lakes, each one supporting its own unique ecosystem, along with highland forests, dormant volcanoes, calderas, and mountain ranges. The Northern plains are home to a great semi arid wilderness, whereas Southern Kenya is Maasai land, site of the renowned Maasai Mara Reserve.

It is often said that there isn’t a “best time” to go on a Kenyan Safari; one can soak in the delights of the wilderness in every season. However, the monsoon season from March to May sees some heavy rainfall, leading to the closure of accommodation options in several parks. The best time to visit, therefore, would be to avoid this wet season, and go in the months of June to October. July to November, along with January and February see maximum visitors traveling to Kenya.

With such bespoke diversity, Kenya’s status as the undisputed home of wildlife makes it a premier tourist destination. What follows is a list of Kenya’s 5 most popular national parks. 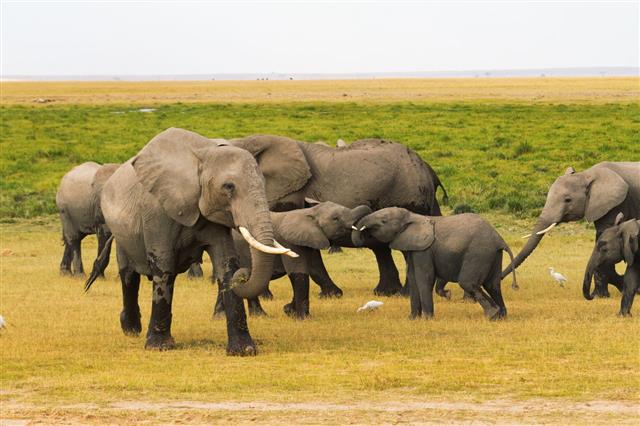 Formerly known as the Masai Amboseli Game Reserve, the Amboseli National Park is located in the Rift Valley Province. 151 sq. mi. in area, the park offers one of the most spectacular wildlife experiences in the world. This area is home to around several species of animals mentioned above and water birds, pelicans, kingfishers, crakes, hammerkops, and 47 types of raptor. The park is located 150 miles southeast of Nairobi, and offers spectacular views of the snow-capped Mt. Kilimanjaro, located across the border in Tanzania. The Observation Hill is a vantage point which allows an overall view of the entire park, particularly the swamps and elephants. Visitors coming here also get an opportunity to observe the Maasai people and their way of living.

Where to stay: The Kenya Wildlife Service (KWS) offers self-catering accommodation along with in-park hotels in Amboseli.

Many of us will be able to recall Meru National Park as being the home of Elsa, the lioness from the movie, Born Free. The park, as we see it, is a result of a major crackdown on poachers by the Kenyan Wildlife authorities, along with the International Fund for Animal Welfare. The area was on the brink of ruin, owing to relentless poaching, but was restored to its current glory thanks to the timely intervention by the authorities. Besides the wildlife, visitors also come here to tour the home of conservationists George and Joy Adamson, and enjoy views of the picturesque Mount Kenya.

Where to stay: The Kenya Wildlife Service offers self-catering accommodation along with in-park hotels and public campsites in Meru National Park.

Together the Tsavo East and Tsavo West National Parks form one of the largest national parks in the world, covering around 4% of Kenya’s total land area. The emerald-hued Galana and Tsavo Rivers run through the area, with the Nairobi-Mombasa highway and railroad separating the two parks. The river banks are a great spot for viewing the wildlife, especially the African Elephants who flock here in large numbers. The Lugards Falls are a major attraction as well, with the Galana River flowing through eroded rocks, and pooling to form a haven for some monster crocodiles.

Lake Nakuru National Park lies in the Nakuru district of the Rift Valley Province in central Kenya. The region’s ecosystem is centered around the lake, surrounded by wooded and bushy grasslands. The normally water-covered surface of the lake occupies about a third of the total area of the park. The park supports a wide ecological diversity with the main attraction being Flamingos, along with other water birds. You may also spot 56 different species of mammals, including the white rhino, buffaloes, and a variety of terrestrial birds.

Where to stay: The Lake Nakuru Lodge is an option preferred by many coming to this park. However, camping is also permitted, details of which are available on the park’s KWS page. 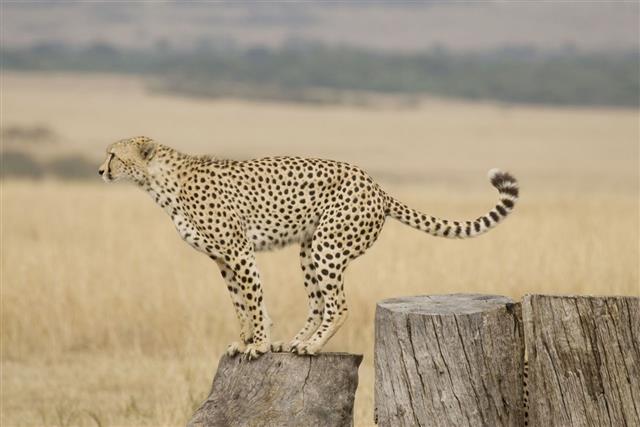 The park is situated in the higher areas of the Aberdare Mountain Range of Central Kenya, with deep ravines cutting through lush mountain slopes. Along with the wildlife mentioned above, visitors have marked rare sightings of lions, bongos―those elusive forest antelopes living in the bamboo forest. Gorgeous waterfalls make up the scenery in the park, with the three-stepped Karuru waterfalls being the most popular.

Where to stay: Information about the park’s hotels, lodges, and campsites can be found on its KWS page.

Profiling Kenya’s 5 best national parks was as much a pleasure as visiting them in person. But believe me, a visit to this country is something that you ought to strike off from your bucket list sooner than later.