Things to Do in Ha Long Bay

Ha Long Bay has everything going for it―an inherent peculiarity, immeasurable scenic beauty, and even a place on the UNESCO World Heritage Sites list. So, what do you actually do when you come here? Vacayholics tells you more ...

Home / Uncategorized / Things to Do in Ha Long Bay 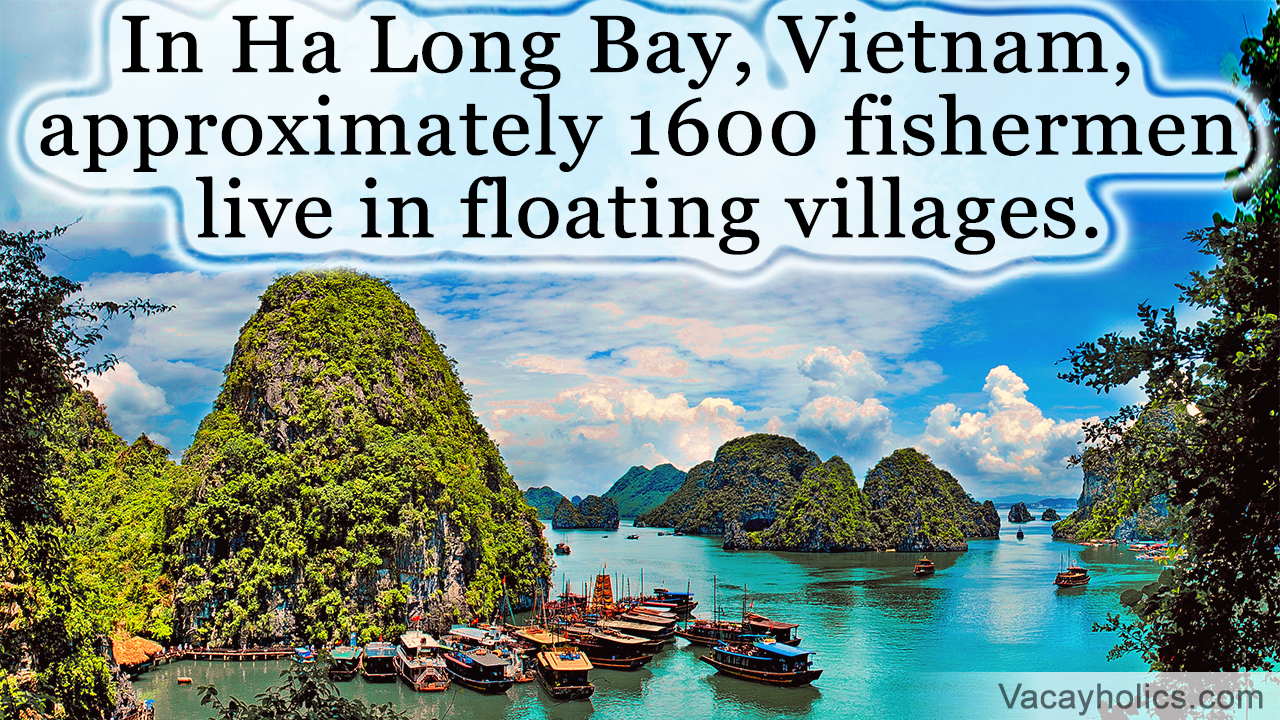 Ha Long Bay has everything going for it―an inherent peculiarity, immeasurable scenic beauty, and even a place on the UNESCO World Heritage Sites list. So, what do you actually do when you come here? Vacayholics tells you more …

The name ‘Hạ Long’, also spelled Ha Long or Halong, literally means ‘descending dragon’, and is derived from a local legend. It claims that the Gods, upon seeing the Bay being attacked by invaders, sent a family of dragons to rescue the locals.

2000 limestone karsts rising like beacons from the emerald waters―this is the sight that greets you at Ha Long Bay. It just makes me wonder, is it even possible to put down this experience in words? Probably not. Because Ha Long Bay is one of those few places on our planet which has the impact to leave the best of us utterly speechless. The area, once upon a time, ranked among the most pristine and untouched destinations in the world, but is easily far from that these days.

It is a constant fixture among the top sailing destinations in the world. Even the guys at UNESCO think of it as formidable enough to warrant a place in the list of World Heritage Sites. Don’t believe me? Here, take a look.

Yes. Leave the Lonely Planet and Tripadvisor ‘things to do at Ha Long Bay’ for later, and just take in the view. That boat cruise can wait, and so can that dinner reservation. Hell, even those Instagrammed selfies can come later. As soon as you come to the Bay, just spare a few moments to capture (through your own eyes) what is laid out before you, as it is one of our planet’s most awe-inspiring view. And believe me, whatever time you’ve set aside for Ha Long Bay is bound to get over in a flash, and this moment would have escaped you. It wouldn’t matter if you come back to Vietnam for an encore, but this would be your private moment to be cherished over and over again.

The Sung Sot Cave, also known as the Surprise Cave is situated right in the middle of the Bay’s heritage zone. Discovered by a bunch of French tourists in 1901, this cave is located on the Bo Hon group of islands. The cave has stalactites of various sizes, but the most striking of them all remains the one that takes the appearance of a pillar, and extends right up to the floor of the cave.

The Dau Go Cave has some excellent stalactite and stalagmite formations, which are really impressive. Both these caves have ample lighting on the inside and regular pathways as well. From the geological point of view, the karsts here are a sight to behold, and some of them stand as a fine example of old phreatic caves. You’ll probably find it flooded with tourists, but it just goes to show how popular these caves are. The climb can be a bit arduous, but every bit worth it.

You really can’t escape the cruise experience when you come to Ha Long Bay; not for nothing is it featured among the best sailing destinations in the world. Most tourists coming here opt for a cruise journey to explore the Bay area. Indochina Sails is among the many tour operators who conduct a regular two-day sailing expedition in the waters. The cruise can be tailored to your needs, be it a romantic couples-only thing, or something that suits a family or a bunch of pals. A two-day boat trip includes sightseeing in the caves, sea kayaking, a visit to the floating village, and a nice dinner at an uninhabited island.

Well, flying certainly is the best, albeit expensive way to see the Bay. This is the only medium to view thousands of limestone structures jutting several meters high from the greenest waters you’ve ever seen. If there ever was a mesmerizing sight, this should definitely be it.

Villages that float? Sure.

You might even miss them among the stunning rock formations scattered all over the Bay, but Ha Long’s floating villages are home to around 1,400 people in 400 households. There are four villages―Cửa Vạn, Ba Hang, Cống Tàu, and Vông Viêng. Their main source of sustenance comes from the sea, of course. But they also rely heavily on tourism, with most cruise ships making regular stops here to give their patrons a glimpse of a rather unique lifestyle.

Pay an ode to Mother Nature.

The Cát Bà National Park is located on the Cát Bà Island. The jungles here are home to the golden-headed langur, which officially is the world’s most endangered primate. Besides, you may also encounter around 32 types of mammals including langurs and macaques, wild boar, deer, civets, giant black squirrels, along with approximately 70 species of birds.

The forested area also includes more than a thousand species of plants, with several among them known to be medicinal.

Go for the street eats.

When there is a bay in the vicinity, there’s only got to be seafood on the menu. The eateries in this area are no exception. Shrimp and mussels are fairly common, and they are usually paired with rice. Do sample the su fish, which is a local delicacy.

But if you’re craving for something that will remind you of home, there’s the Emeraude Café, located in Bai Chay at the Royal Park Resort. This restaurant serves regular western fare like sandwiches and pizzas, along with a delectable list of wines.

You are, after all at a beach. Therefore, do not give a miss to all things that you usually indulge in at the seaside. These include swimming, sunbathing, frolicking in the sand and the waters, lazing all day, sipping on cocktails while reading a racy paperback, and of course, clicking endless pictures of everything around you. But mostly clicking pictures of the sunset, precisely like the one above.

Ha Long Bay does live up to its out-of-this-world reputation; and it is one of the few places that stands true to all the hype that surrounds it. So, when are you coming here for real?