Never thought that a place as beautiful and magical as a beach could be dangerous? Time to give that another thought. Apart from high tides and rebellious underwater currents, find out what makes beaches dangerous. Brush up your knowledge about the most dangerous beaches around the world. 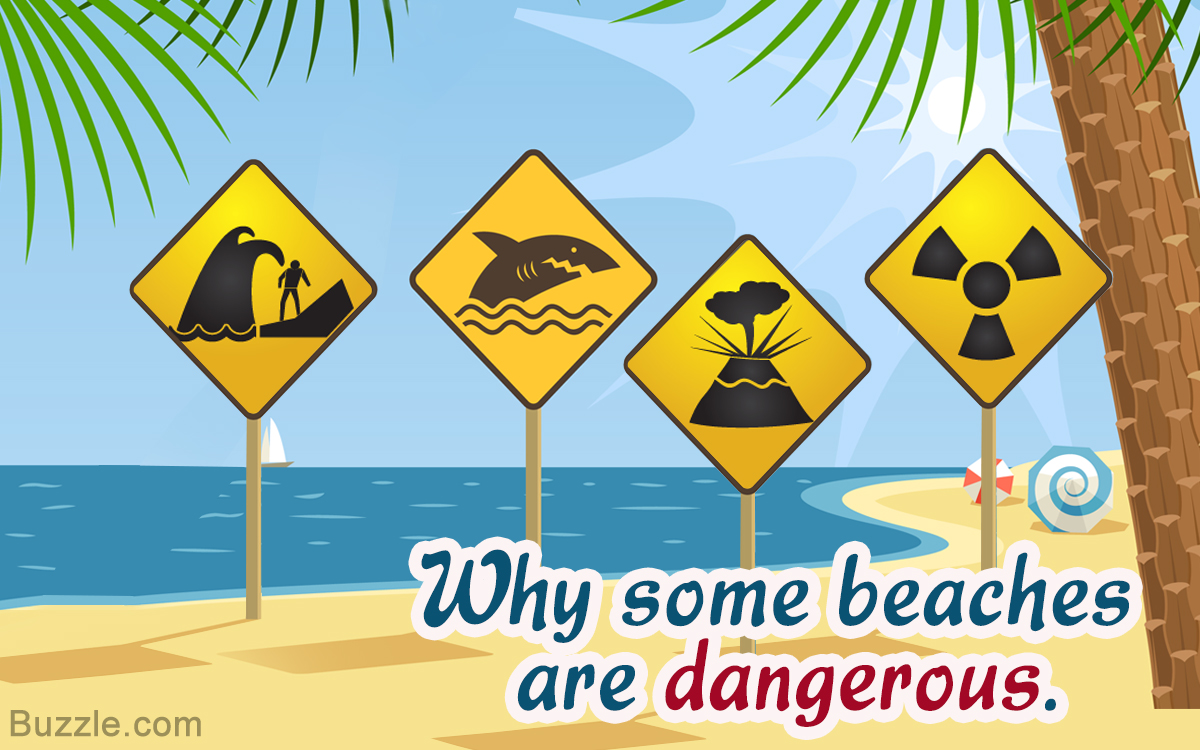 Never thought that a place as beautiful and magical as a beach could be dangerous? Time to give that another thought. Apart from high tides and rebellious underwater currents, find out what makes beaches dangerous. Brush up your knowledge about the most dangerous beaches around the world.

Welcome to The Beach of the Dead!

That’s Playa Zipolite for you, a beach community on the southern coast of Oaxaca, Mexico. According to some claims, in the Zapotec language, Playa Zipolite translates to ‘beach of the dead’. It was so named because of the deadly underwater currents running offshore that claim many human lives.

No matter how safe you play, life is bound to happen. No matter how guarded you are, unexpected twists and turns will foil your plans. However, it doesn’t hurt to stay alert and place our safest bets against life. A plan as simple and sweet as spending a day with your kids and family at the beach, could backfire and result in a mishap.

The beach is a universal favorite when it comes to holidaying. Whether it is a hopelessly-in-love date with your sweetheart, a crazy beach day with your kids, or a lazy Sunday by yourself, the beach is a perfect combination of just the right amounts of sand, sun, wind, water, and fun. What happens when dangerous entities like sharks, volcanoes, radioactivity, and rip currents sabotage your idea of a ‘fun hangout at the beach’?

This Vacayholics article lists down a few of the most dangerous beaches of the world. Remember to omit them from any of your holiday plans! 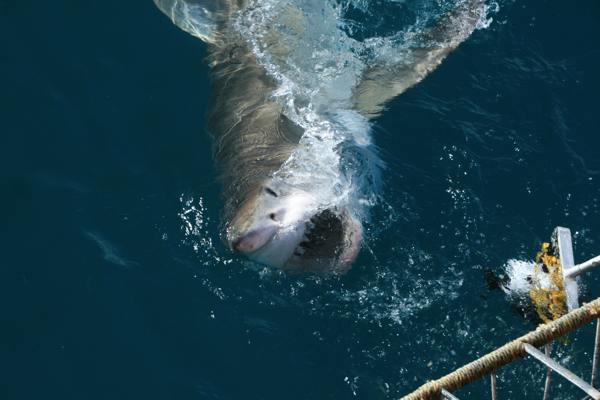 Almost as many as 60,000 Cape Fur Seals thrive in Geyser Rock, a small island in Gansbaai. Dyer island, a relatively bigger island nearby, is home to hundreds of thousands of penguins. A channel that separates the two islands is called the ‘Shark Alley’. The Great White Shark feeds on these smaller marines, and hence is found in large numbers here.

The strength and wrath of The Great White needs no explanation. Unless you are a shark-aficionado, this is the place to be, not! 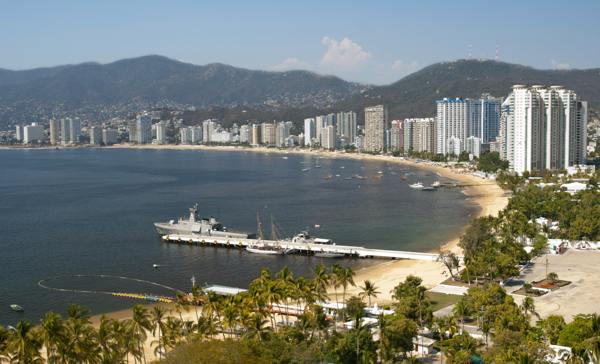 There is no fear of sharks here. No deadly underwater currents. No radioactive pollution. No dangerous marine life. Still, it is the deadliest of beaches since the danger to man here is man himself. Acapulco beach is extremely notorious for murders.

According to a survey conducted in the March of 2013, Acapulco’s murder rate alone is 28 times more than that of the US. What was once a tourist’s haven, is now dubbed as the second-most violent city of the world. 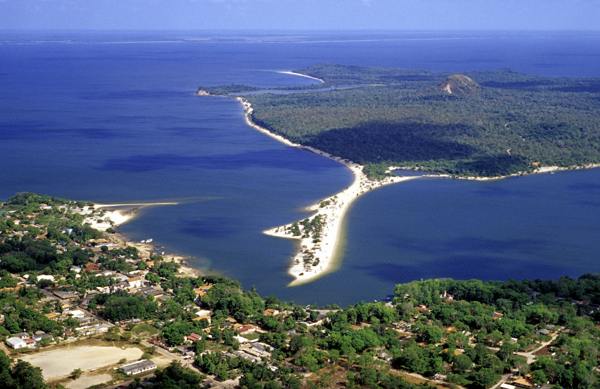 If you decide to travel here, it will not just be the sharks who keep you company; expect creatures as torrid as piranhas, electric eels, anacondas, and other deadly sea creatures as well. The Amazon beaches of Brazil are home to some of the most deadliest and poisonous underwater sea animals. 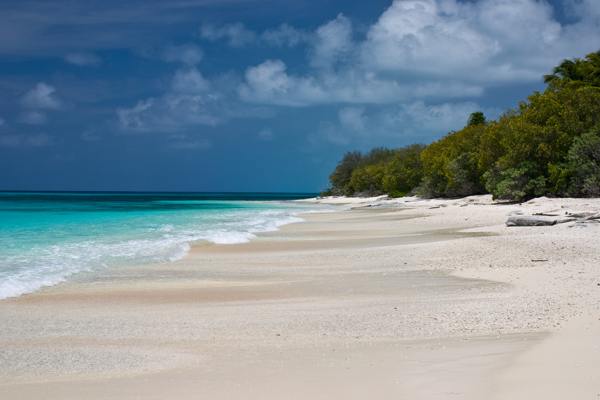 The last 65 years have seen a huge decline in fishing around the waters of Bikini Atoll, Marshall Islands. This decline has resulted in the increase of sea life. And not just any sea life. Sharks. Dangerous sharks. The number of sharks found in these waters is huge, which is why it is unsafe to be near these waters.

And if sharks weren’t enough, this UNESCO World Heritage Site was declared as a test site for more than 20 nuclear weapons between 1946 and 1958. The resulting nuclear radiation is dangerous for human life, and even plant and animal life. A double-dangerous zone, Bikini Atoll sounds beautiful, but apparently isn’t. 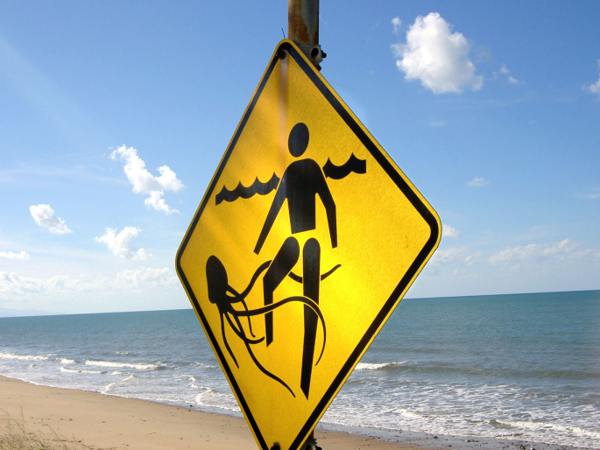 The sting of the jellyfish is so powerful, that victims continue to cry in pain even after they lose consciousness. Its venom is so effective, that if the victim is not relieved of the poison immediately, they could die due to cardiac arrest within minutes. 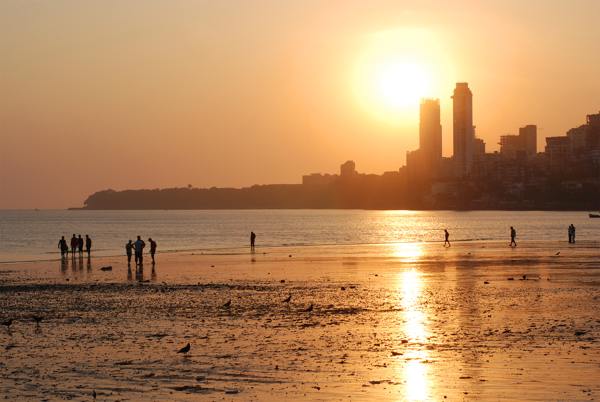 When in India, do not do as the Indians do! The waters at the Chowpatty Beach in Mumbai are known to be the most polluted in the world. The waste and disposal from the entire city is dumped in these waters, so you can imagine the rate at which it is being polluted every day!

Although you might find kids from the nearby slums playing and frolicking in the water here, it is completely unadvised to swim in it. The pollution levels rose here in 2011, when a cargo ship filled with 60,000 metric tons of coal sank in the waters. This is one beach which has proven hazardous because of man’s doings, in contrast to other beaches which pose natural threats. 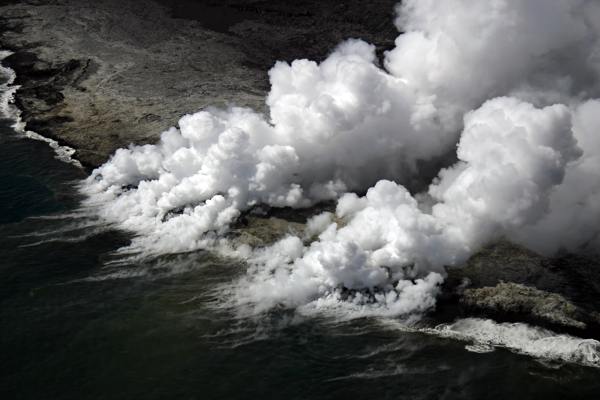 The black sand beaches of Hawaii are situated at the foot of a volcanic mountain. Enough said to keep you from going there? There’s more. This volcano is the world’s most active volcano and has been erupting ever since 1983. Continuous eruption has resulted in lava being continuously spew over the beaches and waters.

Apart from this deadly phenomenon of fire meeting water, the waters here are home to sharks. More than 100 shark attacks have been recorded since 1828, out of which eight were fatal. 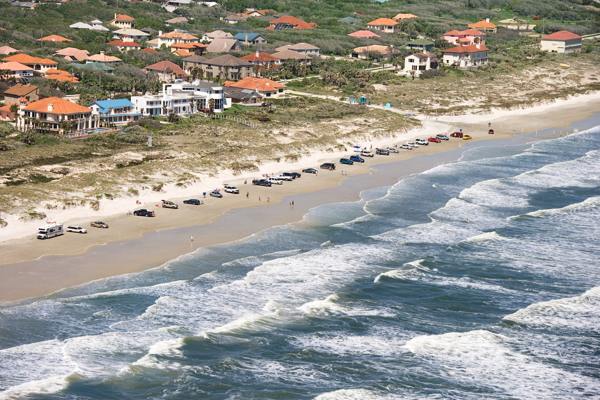 Mention Florida and beaches in the same sentence, and a lovely picturesque view of a bright, sunny day on the white sand of Florida starts floating in front of your eyes. Enter sharks. The beautiful imaginary view isn’t beautiful any more, is it?

The beaches and waters of Florida have been prone to an increasing number of shark attacks in the past few years. According to a survey conducted in 2007, more than 120 people around the world were attacked by sharks, and 17 of them alone were victims at the New Smyrna Beach, Florida. 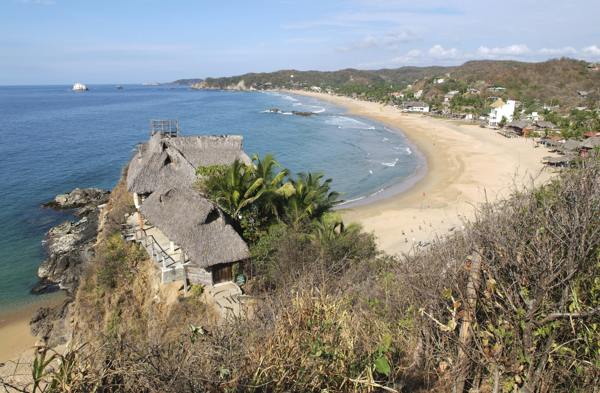 The good: Playa Zipolite is a nudist beach, flocked by hippies and backpackers from around the world.

The bad: It is also known as the beach of the dead.

Zipolite, according to an indigenous language, means beach of the dead. The beach has been named so due the innumerable human lives that were claimed by the waters’ dangerous underwater waves and monstrous rip currents. 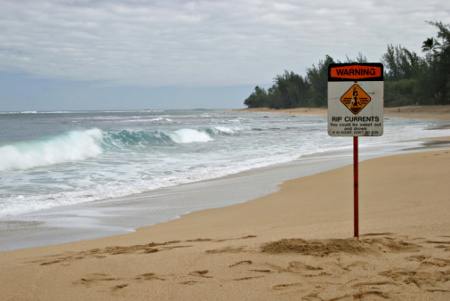 Safe from sharks, but home to the strongest of rip currents. According to statistics, more than 80 deaths have been reported of victims who drowned while swimming in these rebellious currents.

Swimming is prohibited in the Hanakapiai islands as the ocean waters are highly unpredictable and monstrous in nature. High tides and dangerous shore breaks add to the danger of this beach, making it one of the most dangerous beaches of the world.

Other Dangerous Beaches of The World 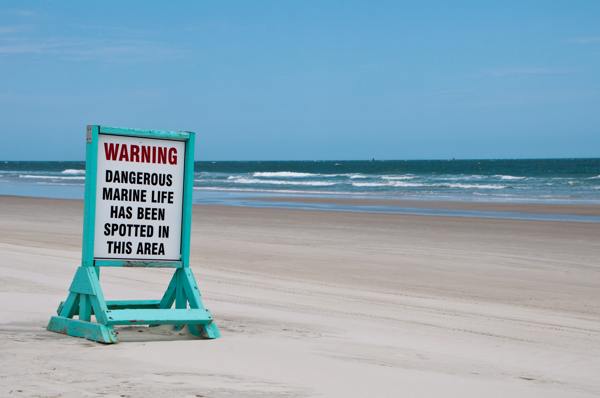 Don’t let this information act as a dampener for your holiday spirit. Instead, now that you know about beaches which are not the safest places to go to for a vacation, start revising your holiday plans to enjoy a tension-free day at a beach that spells safety through and through!