Amazing Facts About the Conical Chocolate Hills of Philippines

No, they are not made up of chocolate! These conical and almost-symmetrical hills are a natural wonder, situated in Bohol Island, Philippines. Let's take a look at some amazing facts about the Chocolate Hills of Philippines. 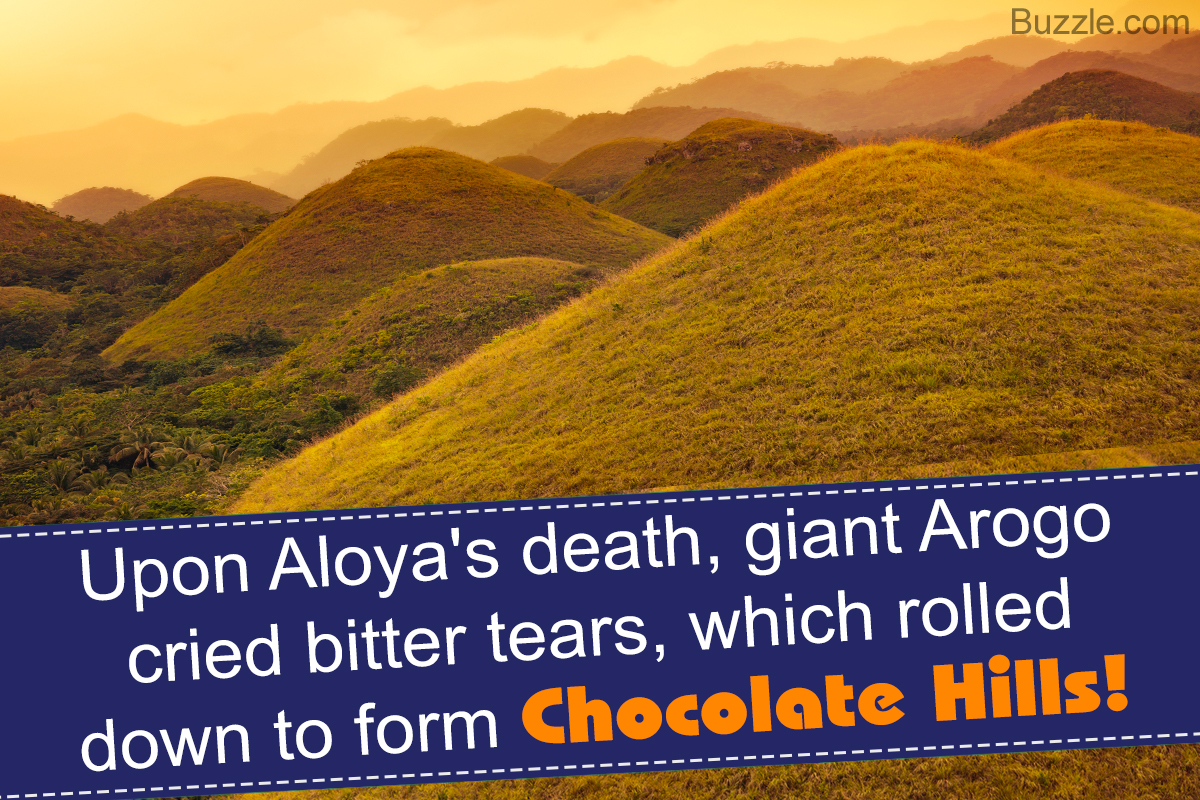 No, they are not made up of chocolate! These conical and almost-symmetrical hills are a natural wonder, situated in Bohol Island, Philippines. Let’s take a look at some amazing facts about the Chocolate Hills of Philippines.

Along with being declared the 3rd National Monument, the Chocolate Hills have been recently included in the new nominations for the seven wonders of the world.

The next time you plan a trip to the Philippines, make sure you visit the Chocolate Hills to witness one of the most incredible and unique creations of nature. Located on the island of Bohol, which is in the Central Visayas region of the Philippines, these hills are conical-shaped mountains or haycock hills. The Chocolate Hills are famous worldwide, and have secured a place on provincial flags and seals.

It is almost impossible to believe that these hills are natural and not man-made, owing to their symmetry and consistency. With that precision, it only makes you wonder as to how they were formed. What natural occurrence must have created such spectacular and even formations of rocks, which look like Hershey’s kisses spread across a humongous area of land?

We take you on an amazing trip, and dig out the facts that might help resolve the mystery that surrounds the famous Chocolate Hills of Philippines.

Interesting Facts About the Chocolate Hills

The following facts describe all about the history, location, folklore, and other amazing aspects of the Chocolate Hills. 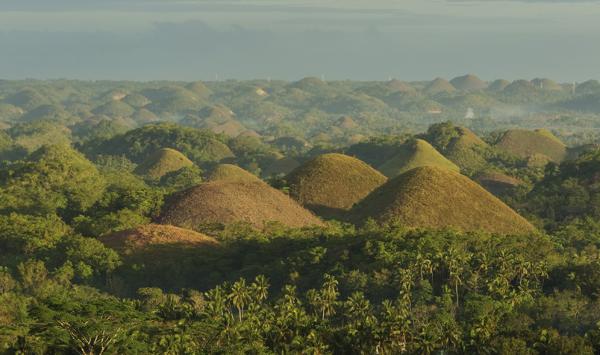 ➘ These hills are a unique and unusual geological formation. Spread across 50 sq. km, (20 miles approx.), the Chocolate Hills consist 1268 to 1776 dome-shaped hills, covered in grass. 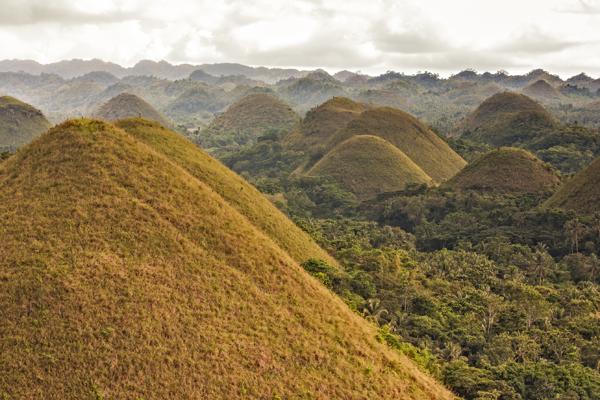 ➘ So, how did they get their name? Well, the hills are covered in green grass almost all year round; however, in the dry seasons, this grass turns to a chocolate brown color. Hence, they are called ‘Chocolate Hills’. 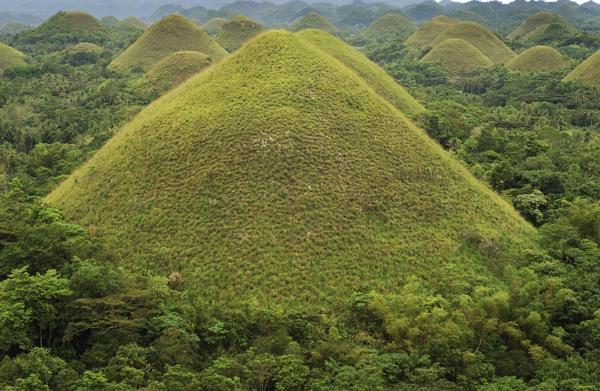 ➘ In geographical terms, such a hill is called a geomorphological structure, also known as a mogote. For many years, geologists have tried to decode the mystery of the formation of these hills. Most of these theories say, that these hills were formed because of a major geologic shift, when coral deposits rose up from the sea. The dome-like shape was formed due to the erosion of these deposits by wind erosion, through thousands of years.

➘ Each hill is called a ‘karst’, which consists of limestone, and is covered by topsoil and grass. This topographic karst is formed when layers of soluble bedrock-which, in this case, is limestone-is eroded by a process called dissolution. The unique shape of the mountains is also because of the erosion of the surrounding farmland, that has led to the formation of underground springs, rivers, and caves.

➘ Movement of tectonic activity has also given the shape and structure to these hills. These hills have marine deposits like coral, algae, and mollusks.

➘ Chocolate Hills also have some interesting stories about their origin. One story talks about the fight of two giants. They were hurling big rocks at each other, until finally, they felt exhausted and fell asleep. When they woke up, apparently they forgot about the fight and also forgot to clean up the mess of rocks that they used in the fight. Thus, were formed the Chocolate Hills.

➘ Another interesting story is about a giant named ‘Arogo’, who fell in love with a girl named ‘Aloya’. The girl was a mortal, and when she died, the giant was heartbroken. He shed bitter tears in her memory. Wherever these tears fell, a mountain was formed. Thus, were born the Chocolate Hills.

➘ Chocolate Hills were declared a National geographical monument in 1988. UNESCO has also declared these hills as a World Heritage Site. Despite many efforts by the government, these hills are considered as viable sites for many small-scale local quarries.

The government is making efforts to plan and develop this region, as it attracts many tourists throughout the year. The Chocolate Hills definitely add Bohol in the list of must-see wonders of nature!