Berghain: A Nightclub Unlike Any Other

Berlin, Germany is world famous for its nightlife. Nightclubs, bars, and electronic music are available in almost any form imaginable and at almost any time imaginable. One club, Berghain, stands out as the hub of the techno music scene and as a truly unique club experience. Read on to find out what makes this club so special.

Home / Uncategorized / Berghain: A Nightclub Unlike Any Other 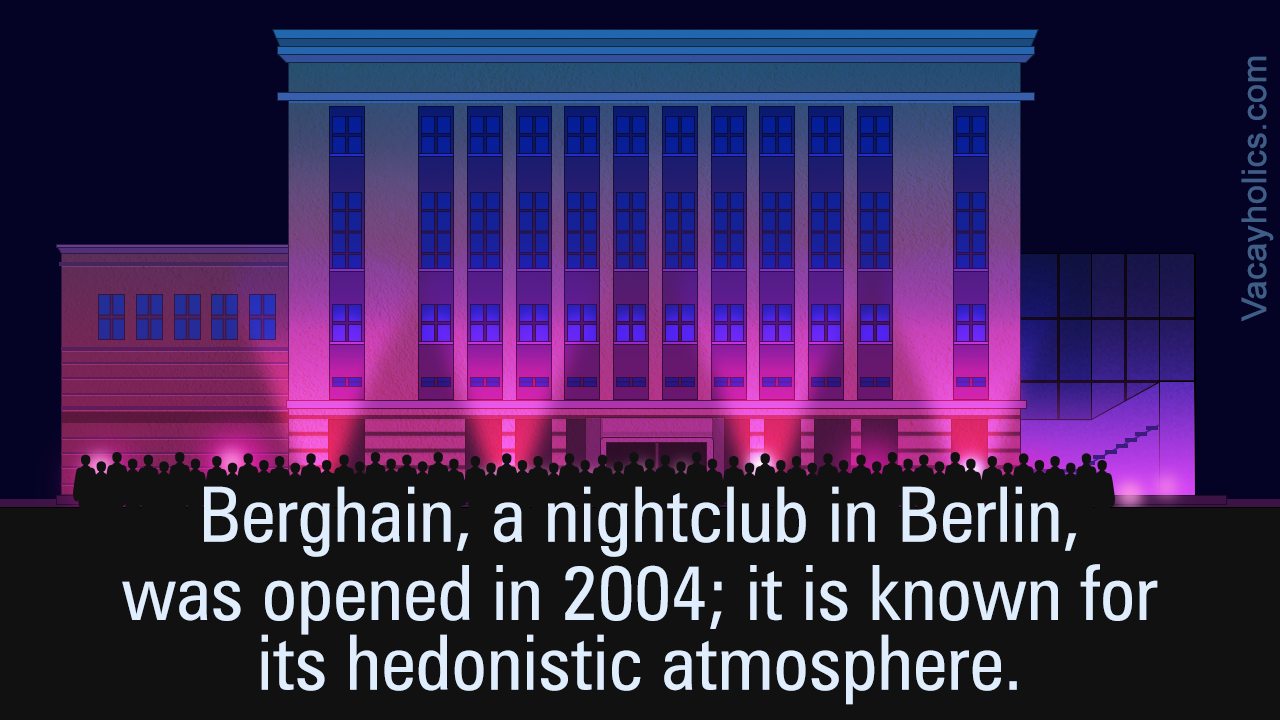 Berlin, Germany is world famous for its nightlife. Nightclubs, bars, and electronic music are available in almost any form imaginable and at almost any time imaginable. One club, Berghain, stands out as the hub of the techno music scene and as a truly unique club experience. Read on to find out what makes this club so special.

If it’s nightclubs you’re looking for, look no further than Berlin, Germany. These days, few cities can hold a candle to Berlin when it comes to the 24 hour party scene. Young people flock from all over the world to sample Berlin’s nightlife and attendant music scene. Berlin boasts a seemingly endless number of clubs and bars to satisfy people of every persuasion. No matter what type of music you like, how old you are, or what sort of party scene you prefer, you can find something to perfectly suit your tastes in Berlin.

Where are the Berlin Nightclubs?

Berlin is a large city, and there are nightclubs scattered all over, but east Berlin – the formerly Soviet occupied region of the city – is the most alive after the sun goes down. The central boroughs of Mitte, Friedrichshain, and Prenzlauer Berg are a partier’s best bets. Many guidebooks and Internet sites provide recommendations about which nightspots are the best, which will appeal most to particular types of people, and which are the current hotspots in the Berlin music scene.

When do Berlin Nightclubs Open?

The only type of person who may be dissatisfied with the Berlin club scene is the early bird. Not only is Berlin famous for its nightlife, it’s famous for how late its nightlife tends to be. Most people agree that midnight or 1 am are good times to arrive at Berlin nightclubs. Although most venues are open before then, those who show up earlier may find the nightclubs deserted until much later.

Although all kinds of music can be found in Berlin nightclubs, techno and electronic music are by far the most popular and dynamic. Berlin is well-known for its status as a global hub for techno and electronic musicians, and many of the best techno DJs in the world come from or flock to Berlin. The most popular and important venues change from time to time, but one Berlin club has been the focal point of the techno music scene: Berghain.

Berghain is a large nightclub in the Friedrichshain borough of Berlin, near the Ostbahnhof train station. Housed in a former power plant, the club opened in 2004. Its dance floor can accommodate 1,500 dancers, and there are multiple bars and other spaces inside. One thing that has made Berghain so popular is its permissive, hedonistic atmosphere. Club goers publicly engage in X-rated activities within the club, and the basement is specially reserved for that purpose.

If Berlin nightclubs in general are known for their late hours, Berghain could win the prize for latest of all. Blurring the boundaries between late and early, the Berghain experience starts at midnight but doesn’t achieve its full potential until 4 am. At 10 am the next morning, the party shows no sign of slowing down, and it will continue non-stop until Sunday evening. The DJs often play for much or all of this time, so the music sets are almost incomprehensibly long. Experimentation is encouraged at Berghain, and that ethos extends to DJs as well as to club goers. The ability to experiment and develop their sound at length is part of what makes the music at Berghain so renowned.

Berghain is undoubtedly a unique nightclub, and many people may decide that such an experience isn’t quite up their alley. If that’s the case, Berlin’s nightlife still has plenty to offer. For those looking for a party experience that’s unlike any other, however, east Berlin’s Berghain could be the place. The bouncers at the club are very selective, though, so newcomers to the club should take their time getting dressed.