Whether it is anthropology, art, culture, or archaeology, Rome is home to some of the most beautiful museums in the world. Read up to know which museums have christened Rome as the city where every cobblestone is cherished and protected. 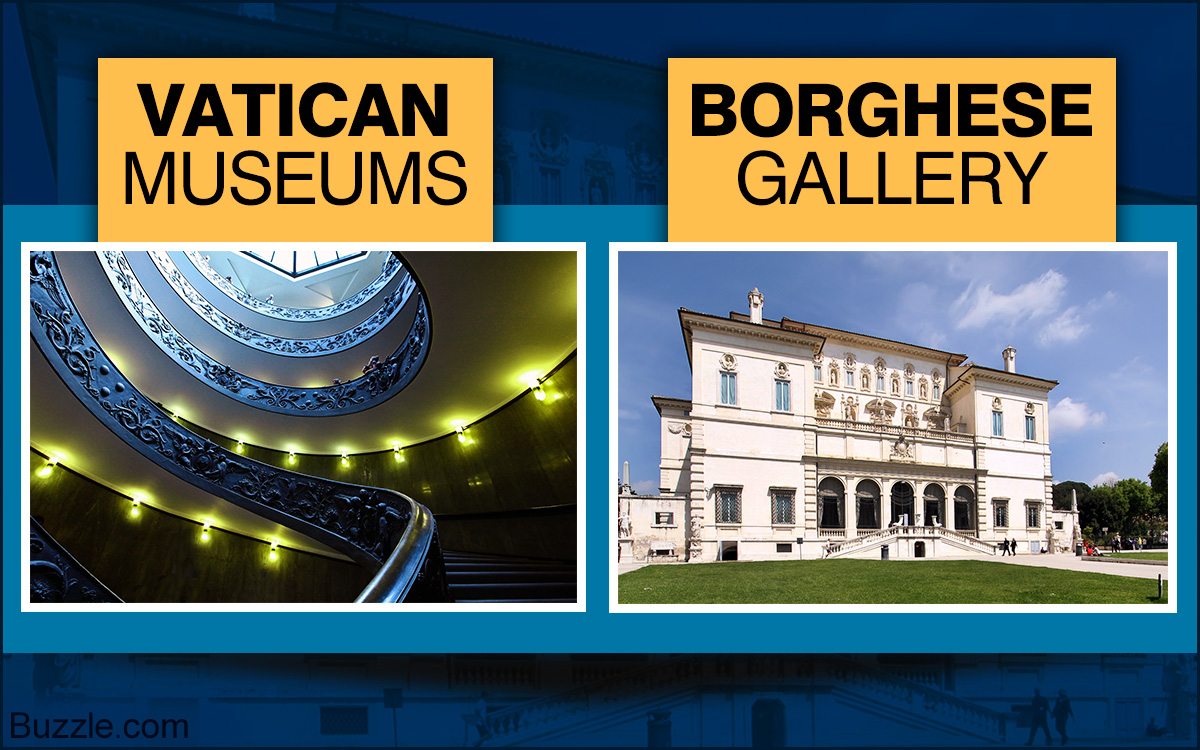 Whether it is anthropology, art, culture, or archaeology, Rome is home to some of the most beautiful museums in the world. Read up to know which museums have christened Rome as the city where every cobblestone is cherished and protected.

Your very first step on the pristine city of Rome can tell you that this place is an assemblage of world famous art and artifacts, and its museums are just a representation of its ancient glory and resplendence secured through centuries.

When it comes to talking about status and assets, there are few destinations that stand a chance against this beautiful European city. Talking in brief about Rome, its historic center is listed by UNESCO as a World Heritage Site, courtesy the rich monuments and museums in this city that are amongst the 20 most visited tourist destinations of the world.

The Roman museums are worth visiting. They efficiently cover the knowledge (i.e. specialized curatorial aspects) of the Roman history, and its relevance to the present as well as the future. These contain an array of art, pristine documents, archaeological objects, antique jewels and artifacts of all kinds.

They are progressing with acceleration in the digitization of information, and display the Renaissance period artwork in an unfathomable way. They aren’t an assemblage hub for the ancient Roman art and architecture – they’re institutes, where people learn about the Renaissance, the mystic art works of Roman artists, and the carvings which depict Rome.

The momentous Rome is a treat to eyes all over the world, and its museums and art galleries add to its glorification. Let’s have a quick upgrade on our knowledge with regards to the most prominent museums in this city where art is cherished like none other. 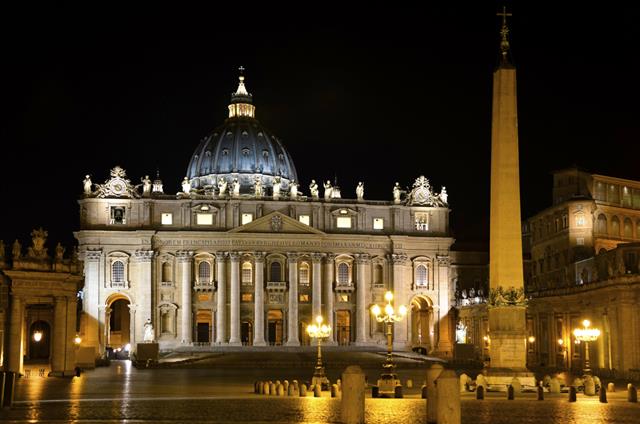 A product of Pope Julius II’s convictions in the early 16th century, Vatican museums inside the Vatican city boast of being the greatest museums of the world.

They display sculpts and masterpieces of the Renaissance art that are an assemblage of the popes through centuries, and thus, make the Vatican Museums acknowledged as one of the most famous museums in Italy.

Art works such as the Sistine Chapel, the Chapel of Beato Angelico, the Raphael Rooms, and Loggia and the Borgia Apartment, are among the most treasured art works of the Vatican museums. Over 5 million visitors capture the beauty of these museums in their eyes, and the number is increasing with each day passing by. 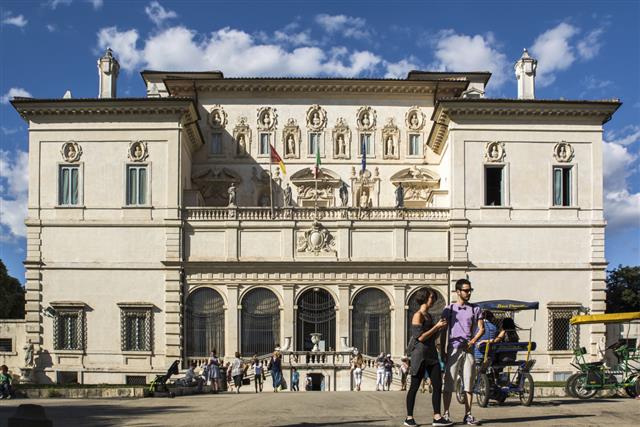 Beautiful showcase of the art works of artists such as Gian Lorenzo Bernini, Titian, Raphael, Domenichino, Peter Paul Rubens, and Caravaggio, makes this a must-visit museum.

Divided into two sections, the lower segment of this art museum displays sculptures, and the upper segment has paintings and famous art works on display. Aficionados of ancient art find this place no less than heaven, courtesy the wide array of art works from world’s finest artists during that time, that represent the beauty of ancient Rome. 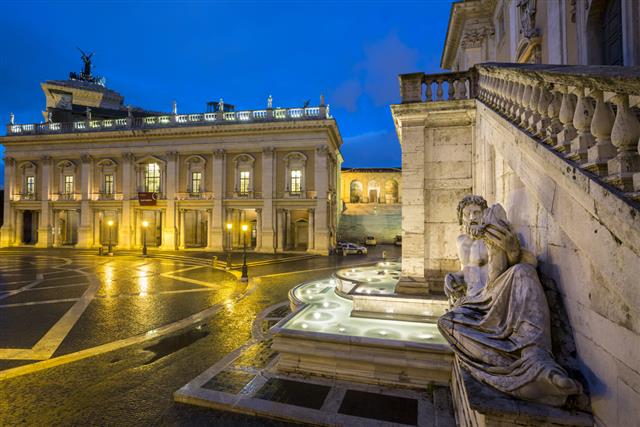 Acknowledged as one of the oldest museums with community ownership, Musei Capitolini was founded by Pope Sixtus IV in 1471.

It consists of two palaces – Palazzo Nuovo and Palazzo dei Conservatori. The former comprises fine selections of Greek and Roman sculpts, and Hall of Philosophers with portraits and paintings of Greek politicians, poets, and scientists can be noted. The latter comprises masterpieces such as paintings by Veronese, Tintoretto, Van Dyck, and Caravaggio.

The arts and artifacts from the Etruscans are the striking feature of this museum which was founded in 1889 as a part of a nationalistic movement. Bronze sculptures, jewelry, vases, and most importantly, Etruscan cemeteries capture worldwide interest.

The Etruscan museum’s most famous hoarded wealth is the funerary monument of Sarcofago degli Sposi (sculpture of a bride and groom) at a party, made in terracotta. However, the stringent rules of the place make it a bit difficult for tourists to capture the memories in their digicams.

Named after Pope Pius VI and Pope Clement XIV who established the conservatory segment, the Pius-Clementine Museum is home to Greek and Roman antique sculptures which include Roman statues dating back to the 1st century AD, works by Agesandrus, Polidorus, and Atanodorus, and influences of Michelangelo’s sculptures.

The Octagonal Courtyard is the striking feature of the Pius-Clementine museum which comprises many Greek statues to take away breaths of all. Next to the courtyard, there’s Room of Animal statues, Room of Busts, Cabinet of Masks, Room of Muses, a room built by Michelangelo in the 18th century, and Greek-cross Room that contains 3rd century Mosaic sculptures.

Some More to Pay Visit to…

There’s this thing about Roman museums. The more you learn about the European culture, the more you get engrossed. To keep the curiosity levels intact, here’s a list of some more museums in Rome, the beauty of which no photograph could capture, and no description could do justice to. Take a look at the list, and pay a visit if your schedule permits.

When it comes to Roman museums, it is often quoted that, the art is more beautiful than its reproduction, and why not? Experiencing them yourself is indeed a treat to your eyes. The beauty of the most celebrated museums in the city of Rome cannot be justified with a few words. You have to go there yourself, and find out why is Rome christened as eternal.