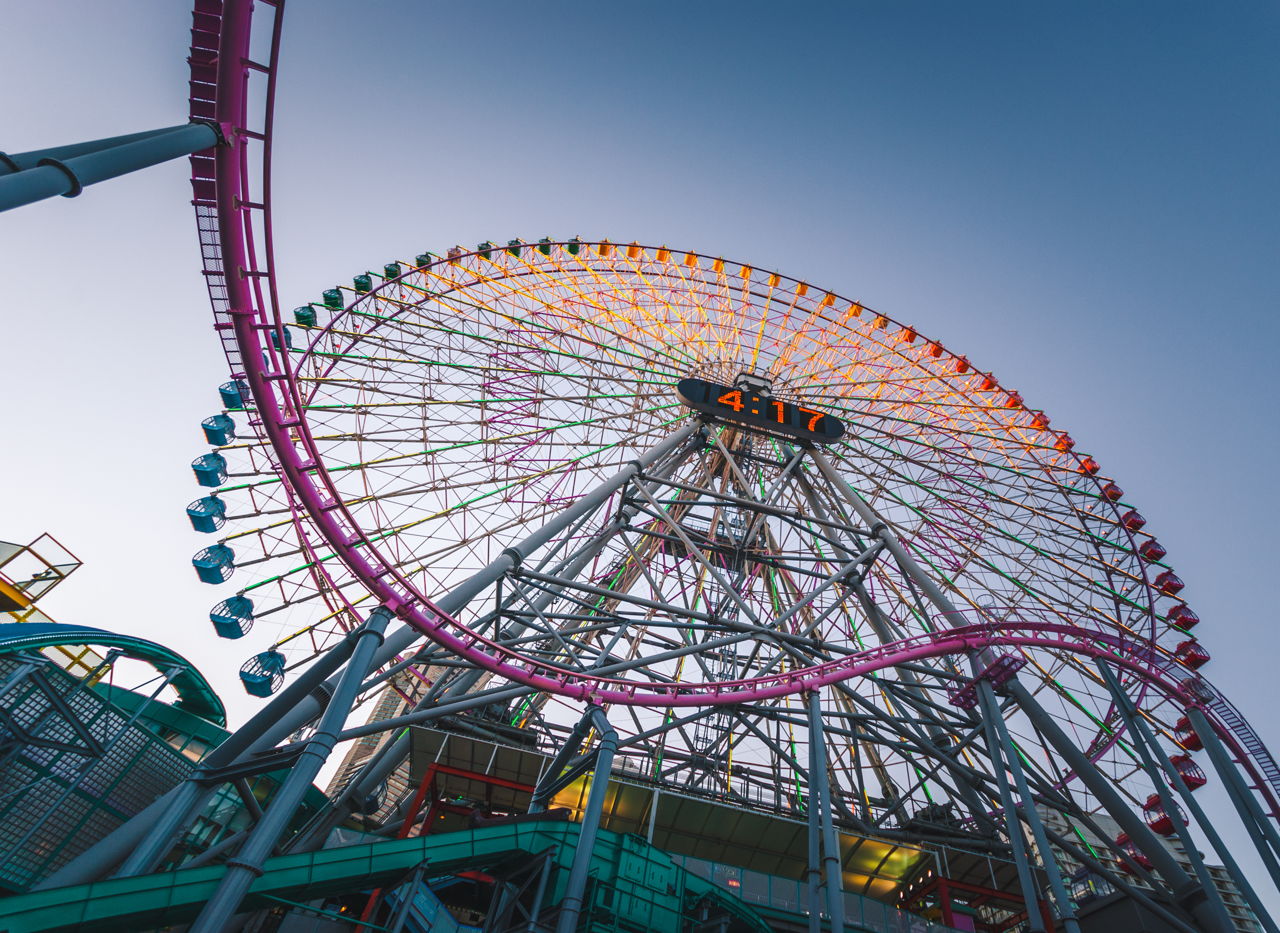 Looks like there is a global race going on amongst countries in building the world’s largest observation wheel. The TV news on 11th Feb 2008 reads, “the world’s largest Ferris wheel made its first spin today”. What followed next was another piece of news that said, “Visitors to Beijing in 2009 will not just get to see the great wall of China but also the great wheel, which would be 208 meters tall, the world’s largest Ferris wheel”. Whoa! However, the Great Wheel is still under construction and should be, after all the 48 air conditioned capsules accommodating 40 people in each and 682 feet high, it’s no child’s play; there are serious stakes involved. Until the Great Wheel is constructed, Singapore Flyer located in Singapore, constructed within a span of 4 years (2005-2008) and with a total height of 541 feet is the largest Ferris wheel! After which ranks the Star of Nanchang in china and London Eye in UK. To know more about the history of the Ferris wheel and the recent developments in the same, just scroll down.

History of the Ferris Wheel

We enjoy giant wheel rides, the feeling it brings of something strange happening in the stomach while the wheel rotates is just amazing! However, have you ever wondered how it all began and about the developments in them. Well… the early history of the Ferris wheel goes way back to the 17th century, where passengers rode in chairs, which were suspended from large wooden rings and rotated by strong men! Then there were variations and developments introduced to this format. The original Ferris wheel was constructed in 1893 in Chicago by George Washington Gale Ferris. The wheel rotated with 36 cars suspended to the wheel and accommodated about 60 people in each car. It was finally demolished in 1906. And since then many architects have only tried to make the wheel better and bigger. Today, Ferris wheel is a status symbol and why not, it is a fantastic architectural marvel indeed! Moreover, the governments have realized the potential profit and tourist attraction associated with this wheel, hence they not only encourage having it but also are ready to invest huge amounts in getting it ready. What follows next is a detailed information about the Singapore Flyer.

It is a giant observation wheel, with a height of 165 meters, which makes it the largest and tallest Ferris wheel in the world. It is situated in the southern most part of Singapore, built over a three story building which has an array of shops, bars and restaurants. The wheel takes approximately 35-40 minutes to complete one rotation! Which is also a complete trip allowing around 700 and more passengers to enjoy the monstrous ride. The whole project cost was around $180 million and the investors did know about the potential profit involved in such a project. And currently the investments are reaping enormous benefits with visitors of six hundred thousand people per year. The legacy of large Ferris wheels still continues, the Great Wheel in Beijing is in the making, which is supposed to be 208 meters tall. Once official operation of this wheel starts, the title of largest Ferris wheel will be shifted from Singapore Flyer to the Great Wheel.

Now, we are only looking forward to the Beijing Great Wheel, which will make its debut soon standing 682 feet tall! The larger these giant rides get, the more capacity and potential profit it makes!