How Tall is the Eiffel Tower? The Answer is a Riot of Statistics

The magnificent Eiffel Tower, also known as the 'Iron Lady' of France, is one of the seven wonders of the world. It is the tallest man-made marvel in France. This massive latticework structure is owned by the city of Paris and is a landmark destination for tourists.

Home / Uncategorized / How Tall is the Eiffel Tower? The Answer is a Riot of Statistics 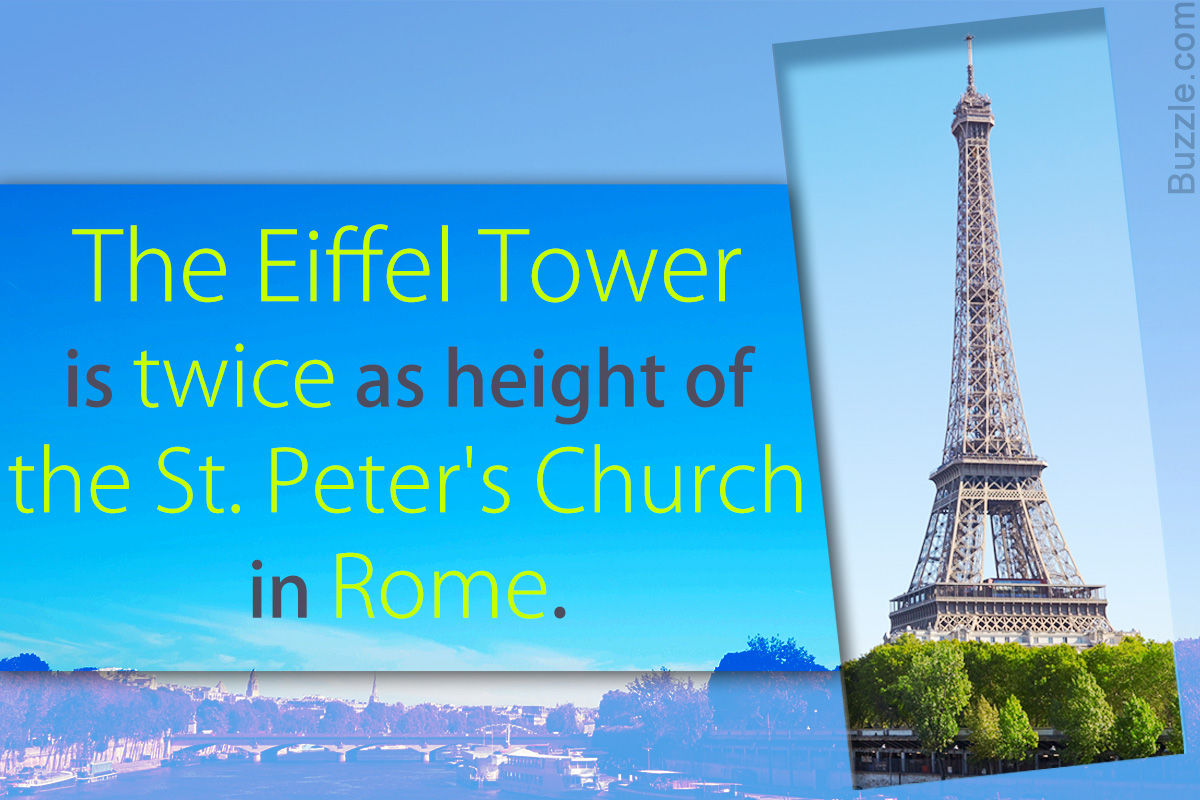 The magnificent Eiffel Tower, also known as the ‘Iron Lady’ of France, is one of the seven wonders of the world. It is the tallest man-made marvel in France. This massive latticework structure is owned by the city of Paris and is a landmark destination for tourists. 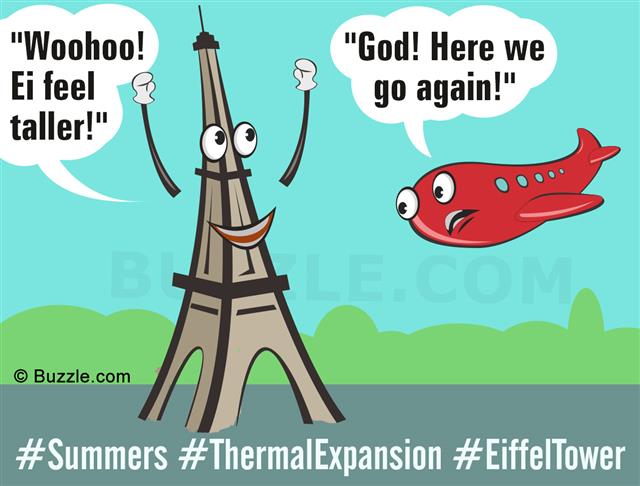 Gustave Eiffel once said that, “I ought to be jealous of the tower. She is more famous than I am.” Millions of tourist throng to visit Paris city and spend some memorable moments gazing at this man-made beauty.

This tallest structure in France is located not far from the Seine river and stands across the river from Trocadero. The precise location of the tower is latitude 48 degrees, 51 minutes, 32 seconds North, longitude 002 degrees, 17 minutes, 45 seconds East.

Are you wondering how tall the Eiffel Tower actually is? The following paragraphs will answer all your questions.

Height of the Eiffel Tower 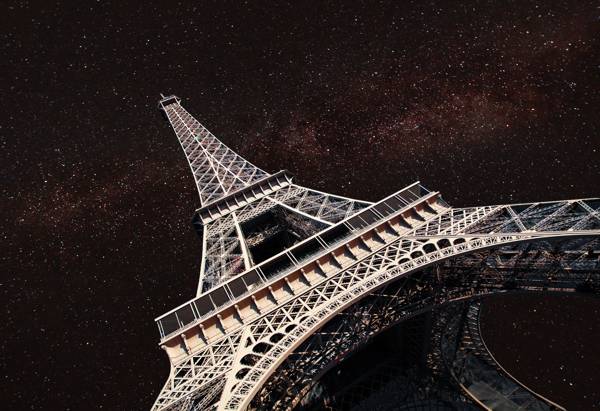 The Eiffel Tower can be seen from any tall building present in Paris. That is just one of the many beauties of this tower. One cannot afford to miss seeing the Eiffel Tower, when visiting this beautiful city. It stands at a height of 300 meters, that is, 984 feet tall. It is about 81 stories high. There were about 1710 steps in the Eiffel Tower during 1889, after it was constructed. Today, there are about 1665 steps in the monument. This means that it is twice as high as the Washington Monument.

Why Was The Eiffel Tower Built? 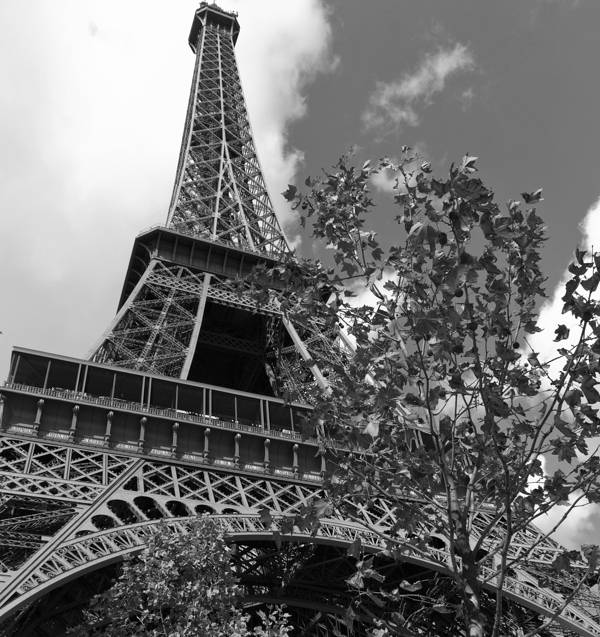 If you are having questions regarding the construction of Eiffel Tower, this will solve your query. The massive tower was built to commemorate the French revolution. It was built by a French structural engineer, Alexandre Gustave Eiffel. He started building the monumental tower on 26 January, 1897. It took 2 years, 2 months and 5 days to complete the tower and it was inaugurated on 31 March, 1889 and was open to public from the 6th of May.

Gustave designed a 984 foot open lattice, wrought iron tower, that mesmerized people around the world for its aesthetic looks. The base of the tower is formed by four semi-circular arcs. These arcs were built due to his artistic sense and by his engineering thoughtfulness. Eiffel Tower is made from pure iron, although it is a common notion that it is built of steel.

Gustave used puddled iron, that is, a type of traditional wrought iron, to build a very strong tower. Gustave has designed the tower in such a way, that every worn out individual part, can be replaced easily. It is interesting to know, that the massive windstorm in 1999 damaged many Paris monuments, but no harm came to this wonder tower.

The tower has 4 base legs which are placed 80 meters apart from each other and 50 meters above the ground. This engineering marvel required 50 engineers, 5300 blueprints and 121 construction workers to build it. Eiffel Tower has been painted over 6 times in different colors, till date. The Eiffel Tower needs 50 tons of paint and has always been painted in shades of brown.

The French government partially funded the building of Eiffel Tower and the rest of the cost was covered by Gustave Eiffel’s structural engineering and construction proceeds from admissions to the company, over a period of years. The French government used it as the key attraction for the International Exposition of 1889.

The Eiffel Tower was supposed to be a temporary structure and was to be dismantled in 20 years from the date it was built. But it was saved from being demolished, as it became an important source of communication to the radio and television stations, that used it to broadcast their programs.

The Eiffel Tower was used by the military for dispatching troops in ‘The First Battle of Marne’, during the First World War. The original idea was to build it in Spain for the Universal Exposition of 1889. But the City of Spain thought it did not fit in with the city’s infrastructure and was very expensive for their pockets. A list of all 72 scientists who contributed to building this beautifully engineered marvel, is engraved on all four sides of the Eiffel Tower.

You can see as far as 59 kilometers (37 miles) from the top of the Eiffel Tower. The Paris tourism has recorded 6.8 million tourists visiting the 108 storied Eiffel Tower. There are two restaurants on the Eiffel Tower, the highly expensive ‘Jules Verne’ and an ordinary yet great restaurant ‘Altitude 95’. There is also a small post office in the tower. la Tour Eiffel is one of the most romantic places in the world. It is the dream of many lovers to spend one romantic evening under the Eiffel Tower, giving French kisses to their loved one.

Just as one cannot imagine living without oxygen, one cannot even think of the ‘City of Light’ without the Eiffel Tower. The Eiffel Tower in Paris has become a symbol of freedom for the French people. It has proved to be the major crowd-puller for France tourism. If you ever go on a world tour, make sure you do not miss spending a romantic evening at the Eiffel Tower. Ne visitez Paris et obtenir fasciné par la beauté de la Tour Eiffel. 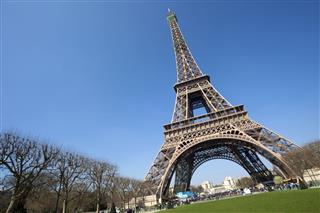 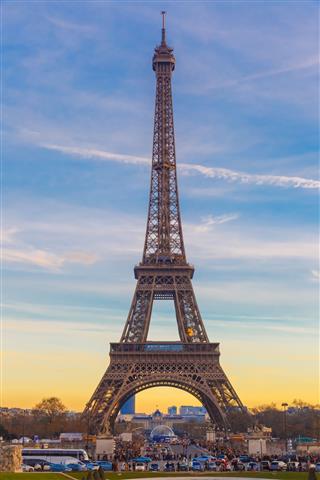 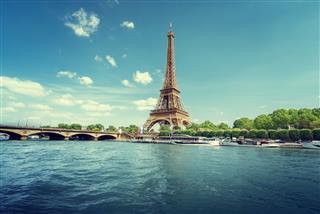 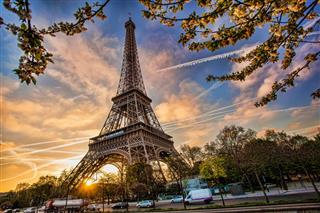 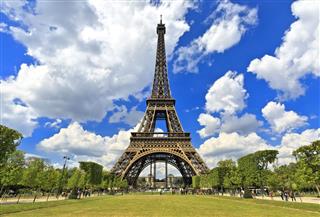 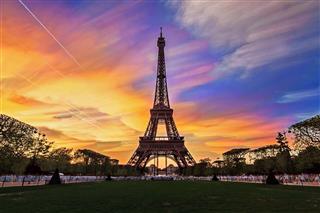 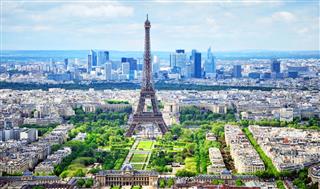 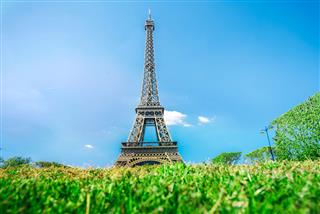 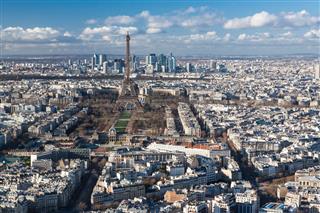 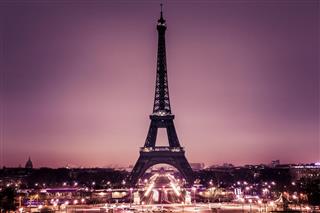