Did you know that the Bungle Bungles is a mountain range in Australia? Well, here are some interesting facts about this unique geographical wonder. 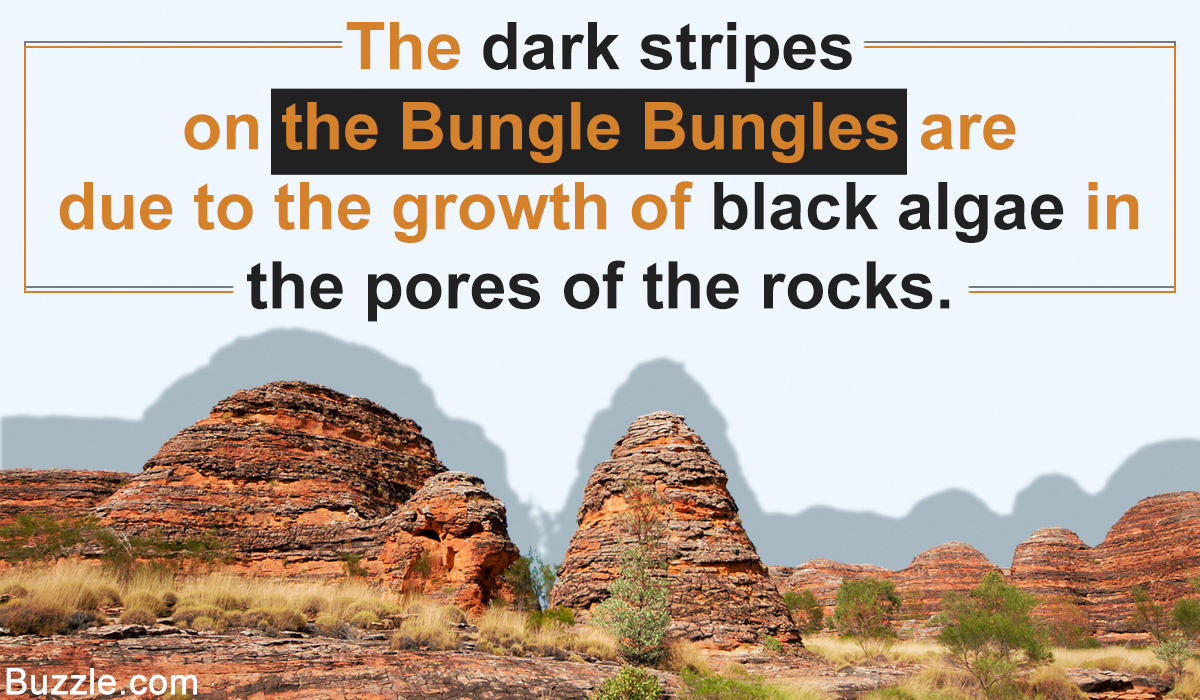 Did you know that the Bungle Bungles is a mountain range in Australia? Well, here are some interesting facts about this unique geographical wonder.

Believe It or Not!

The Bungle Bungles remained undetected until the 1980s! It was discovered in 1983 by a film crew from Perth.

Bungle Bungles is located 80 km away from the Great Northern Highway in the Kimberley region. Sounds quite accessible, isn’t it? However, it went undetected because one had to cross a slow dirt track before they could reach the park. This 80-km stretch is fairly inaccessible, which is the reason nobody had ventured close to the park.

The national park, although famous by the name of Bungle Bungles, is actually known as Purnululu National Park. The word ‘Purnululu’, from which the park derives its name, means sandstone in the language of the local Kija aboriginals. The name Bungle Bungles is the name given to the range of rounded rock formations of sandstone, that are lined with alternate black and orange stripes.

Fascinating Facts about the Bungle Bungles

The Bungle Bungles, located in Western Australia, is one of the most famous and fascinating geographical landmarks of the region. This Vacayholics article brings to you some amazing facts about this mountain range, along with some general information about the park. So, let’s get started.

➦ The Bungle Bungles was formed more than 350 million years ago, during the Devonian period. The gradual weathering and erosion of the sandstone rock led to the formation of cliffs.

➦ The orange and black stripes that are seen on the rocks are due to orange silica and black lichen. The dark bands are of permeable rock, which allow water to seep through, leading to a thick and dense growth of algae, while the orange bands get their color from oxidized iron compounds.

➦ The ranges are home to many endemic species of flora and fauna, including some species of wallabies and beautiful palm trees.

➦ Thousands of years before the arrival of the Europeans in Australia, the aboriginals had settled in the region that is now known as the Purnululu National Park. 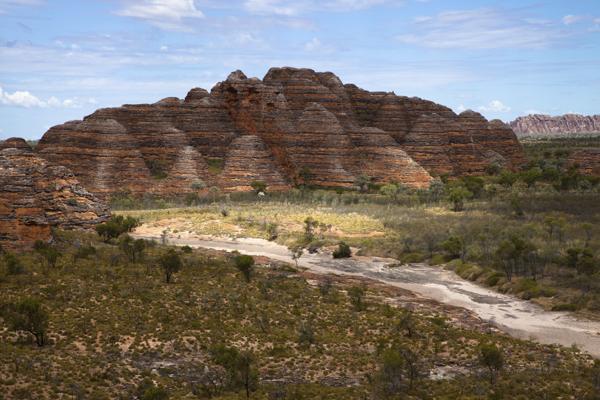 ➦ The total area covered by the dome-shaped ranges of the Bungle Bungles, which rise from the bottom of the Piccaninny Gorge, is close to 450 square kilometers.

➦ You can stumble upon ancient aboriginal cave paintings in the caves and mountain caverns.

➦ The Purnululu National Park and the Bungle Bungles ranges were declared a World Heritage site in July 2003.

➦ The Kimberley region, where the park is located, is the world’s single largest source of diamonds. 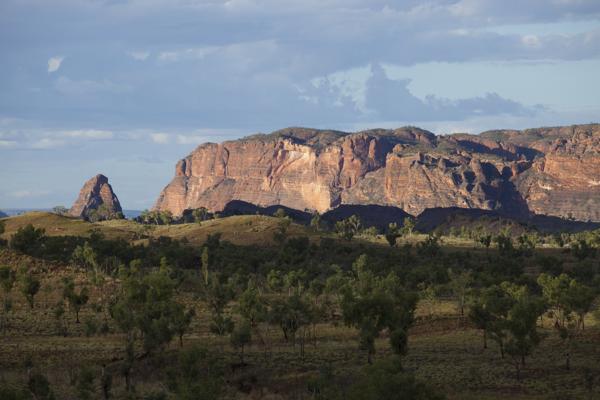 View of Sunlight on the Ranges

➦ Interestingly, these rock formations appear to glow at dusk.

➦ More number of people take an aerial tour of the park than those who choose to travel by land.

➦ The ‘National Park’ status was granted to the park in 1987.

➦ The average height of the rock formations is 200-300 meters. However, climbing is strictly prohibited. 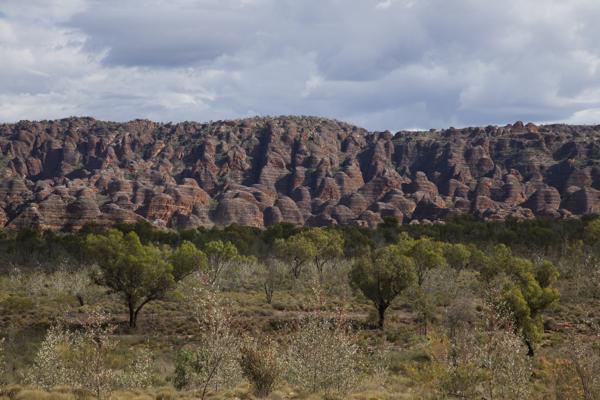 ➦ The landscape is dotted with deep caverns, caves, and tropical pools, in addition to the beehive-shaped limestone structures.

General Facts about the National Park

➦ The National Park is jointly managed by the Purnululu Aboriginal Corporation and Western Australia’s Department of Conservation and Land Management.

➦ Some interesting places to visit are as given below:
Frog Hole Gorge 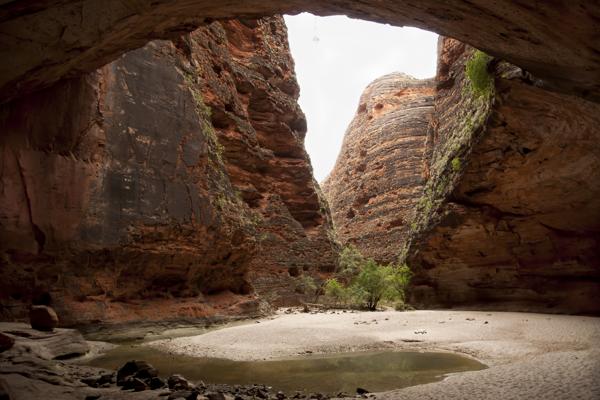 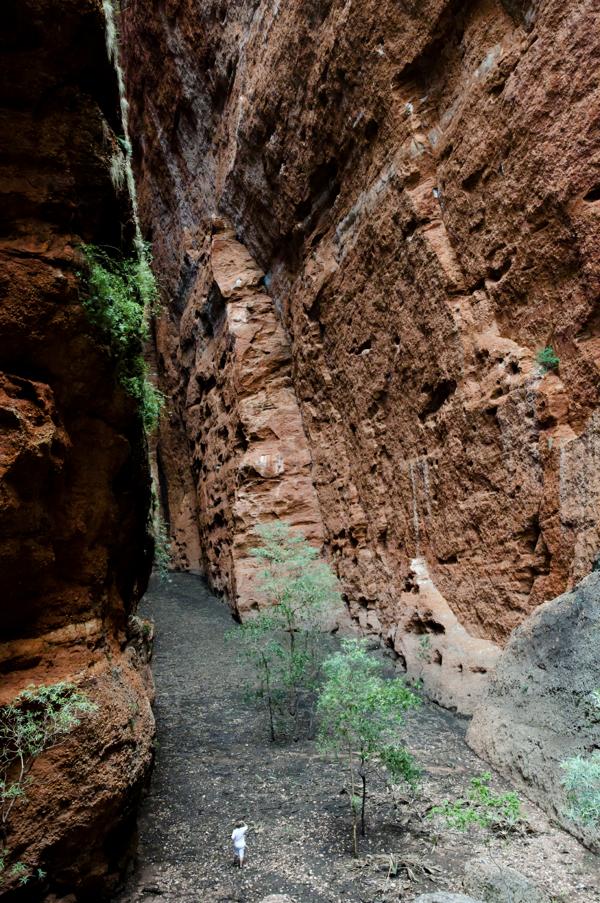 ➦ Scenic flight is a great alternative to navigating the difficult terrain by land, and you can do so from Kununurra or Halls Creek. Helicopters or airline flights can be arranged from here. They help get nearer and into some of the beautiful gorges.

➦ The average temperature is close to 30°C, and the wet season extends from November to April. The park is open to the general public from April to October.

➦ You will find specific camping areas within the national park. Tent sites, water, and firewood are also available for tourists.

➦ You can drive to the National Park on a 4WD, either from Kununurra or Halls Creek. It is located 250 km south of Kununurra and 110 km north of Halls Creek.