Ever wondered why commercial airlines don't keep parachutes? Well ... the reason is practicability. Not carrying parachutes is mainly for your as well as the airplane's safety. Get to know more in this Vacayholics post, about what seems to be a shocking decision at first, but is actually necessary. 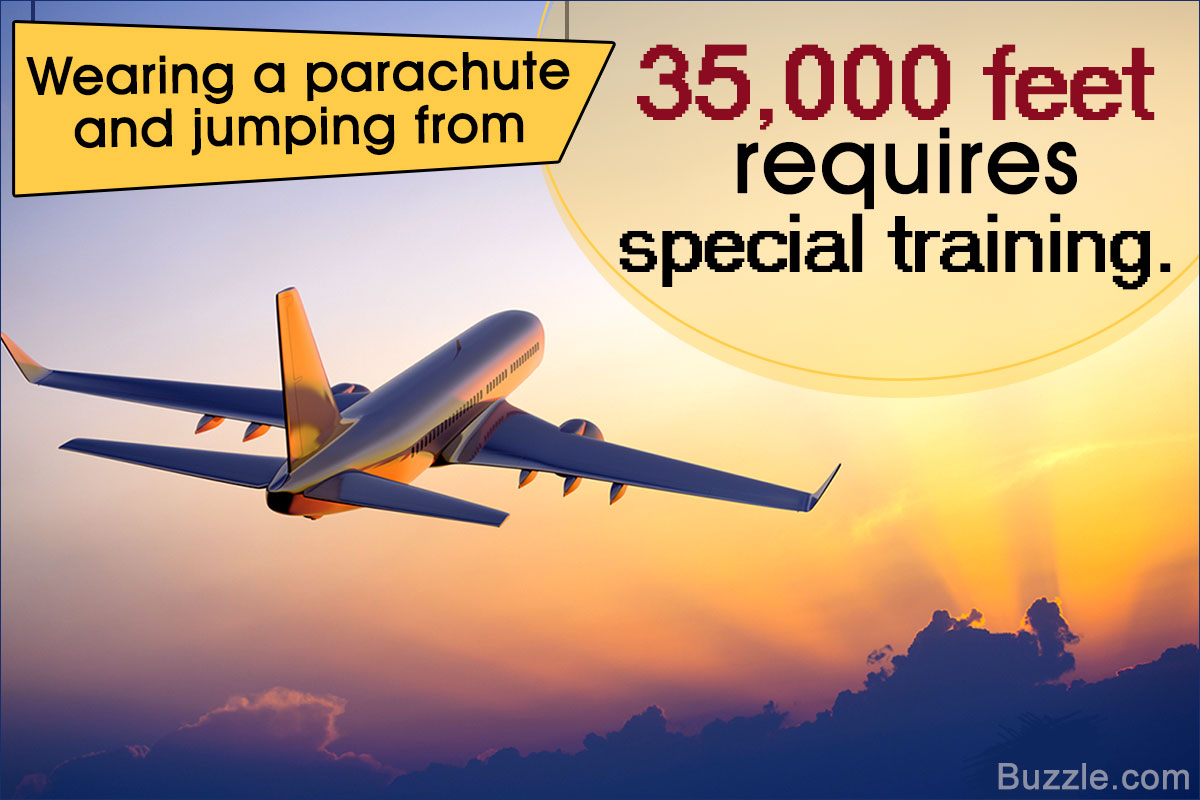 Ever wondered why commercial airlines don’t keep parachutes? Well … the reason is practicability. Not carrying parachutes is mainly for your as well as the airplane’s safety. Get to know more in this Vacayholics post, about what seems to be a shocking decision at first, but is actually necessary.

“The optimist invented the airplane, the pessimist, the parachute.”
-George Bernard Shaw

That queer feeling of sinking can be experienced nowhere but in an airplane when it takes off. After taking off, you get to see a few amazing sights – the view of the city from the window, and how rivers seem to be pieces of ribbon. Then, suddenly, you have broken through the cloud barrier, and can only see the top of the clouds. This is when you quit looking out of the window, and sit back to relax for the rest of your flight. Before you plug in your iPod, you hear the pilot announcing that the plane is cruising at 35,000 feet above sea level. You barely lose yourself in the music, when you hear a dull thud, and feel a slight jerk. This is what is called turbulence, and in most cases, it is nothing serious. However, it does make you think of all the things that can go wrong at 35,000 feet in the air.

The first thing that you think of is a plane crash. And if it does, what will happen to the passengers? Well, this is a legitimate thought, as planes do crash from time to time, due to various reasons. Your next thought is that if the plane was equipped with parachutes, then all the passengers could be saved, and wouldn’t have to worry so much. But while this seems like a valid argument, it is actually for the good of the passengers that commercial aircraft do not carry parachutes.

Surprised? Well, don’t be. This Vacayholics article will help you understand the reasons behind this seemingly harsh and uncaring decision.

Reasons That Do Not Permit the Use of a Parachute 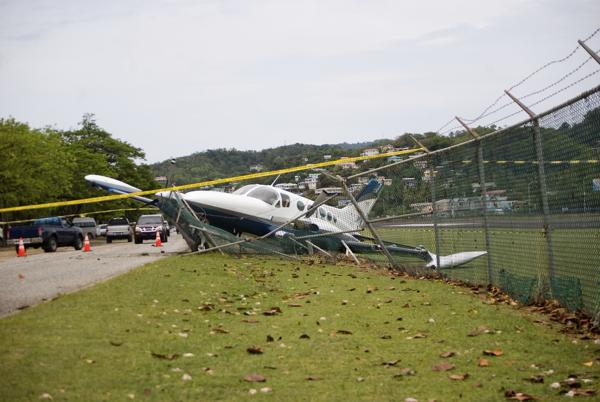 It is seen that majority of the times, aerial accidents occur during take-offs and landings. Therefore, if a machine failure or any other catastrophic event happens during these two routines, there won’t be enough altitude or time to jump with a parachute. Within seconds, things start getting worse and within minutes, it’s game over. A parachute would serve no one in such situations, as there would be very little time to react, let alone wearing a parachute, or trying to exit the plane.

Design of the Airplane 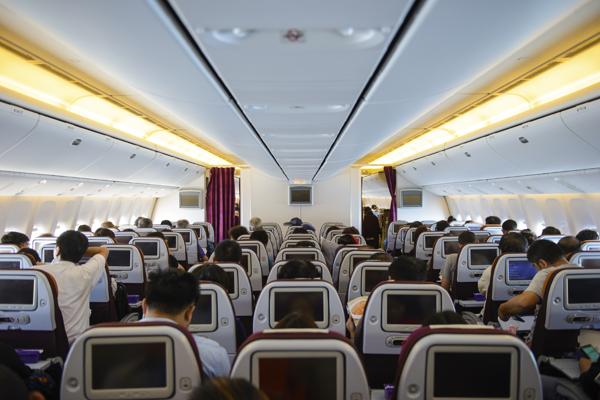 Let’s assume that while cruising at 35,000 feet, the engine gives up due to violent turbulence, and the plane opts to nose dive its way down. First of all, there is not enough room on a commercial airplane to wear a parachute properly, let alone when the airplane is in a dive. And if the gear is not worn correctly, then it can be extremely hazardous. We are not talking about one or two people here, but about 200-250 people, and all of them in a state of panic. It would be a total chaos.

The flight’s cabin is usually pressurized/compressed to mimic the ground atmosphere, so that everybody can breathe easily. We can, therefore, say that an airplane is not designed to be exited mid-flight. There is no way to open the door, and even if the door is opened, the compartment would get decompressed, causing even more damage to the structure. 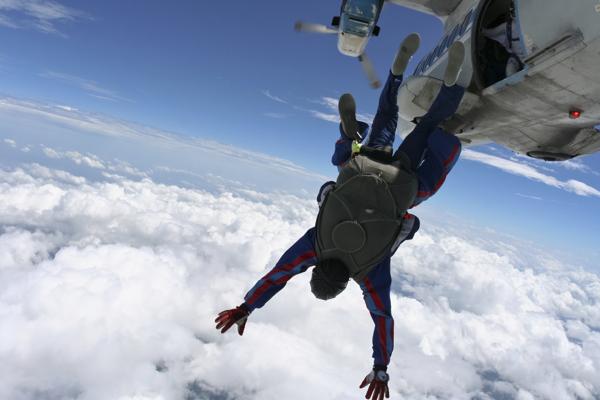 Airplanes fly at a speed of around 500-600 miles per hour. Even if everybody had parachutes, jumping off at that speed would crush and kill a person within seconds. The person could be slammed against the door or the tail wing. If the exit is made through the front door, there are too many things a person could crash against. 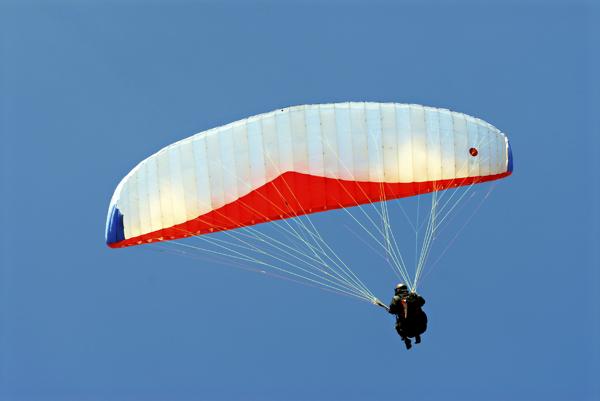 Also, a person requires special training and knowledge to jump from 35,000 feet, without which the chances of survival are nil. At such altitudes, the temperature is below -50 degrees Celsius, and the air is too thin and lacking in oxygen to breathe. To survive in such an environment, everyone would require supplemental oxygen and thermal suits.

In addition, getting off the plane anyhow won’t help you survive. A person can’t jump off a plane at any speed and at any height. For a successful jump, the speed and height should be sufficiently slow and low, respectively.

Then, not every passenger on board has the fitness level to jump with a parachute. Imagine a granny with health issues, or a mother with a toddler; not everybody can simply be pushed off with a parachute. The diver has to know about the exact height at which the parachute has to be opened and the correct way to steer the canopy, so that he/she lands successfully.

Cost to the Airplane 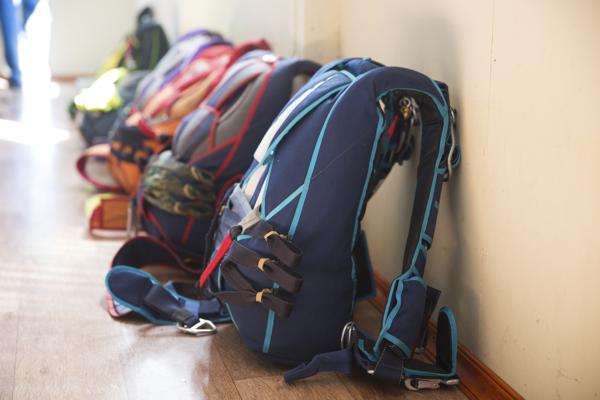 Parachutes do not come cheap. It costs around $2,000 – $6,000 for parachutes with an automatic deployment pack. Imagine stocking up one for every passenger. Not only is the cost a deterring factor, but also the weight of the rig. Each rig weighs around 9 – 12 kg. Not to forget the cost and weight of the supplemental oxygen cylinders for each passenger. If that weight is loaded on the plane, it would reduce either the cargo-carrying capacity, or the passenger-carrying capacity of the plane.

If the cargo-carrying limit per person is reduced, then it would result in customer dissatisfaction, and if the passenger-carrying capacity is reduced, it would be revenue loss for the airline company.

For a moment, lets overlook the above-mentioned drawbacks and reconsider the use of parachutes. A person who wants to visit his/her grandpa’s place for the weekend, will have to be certified in skydiving. And to become one, he/she has to attend classes days before the flight date. Also, consider wearing skydiving gear before boarding the flight, and then sitting with it for 6 hours. And after all this, the passenger pulls the ripcord prematurely, or too late after the jump … bad idea! It just wouldn’t work. Therefore, commercial airlines don’t provide parachutes to the passengers.