Interesting and Entertaining Facts About Spain for Kids

The Kingdom of Spain (España) is the 4th largest country in Europe, with a land area of 505,370 sq. km. It lies in Southern Europe near the Iberian Peninsula, and is a part of the European Union. Spain has a population of around 47 million, with its capital being Madrid.

Home / Uncategorized / Interesting and Entertaining Facts About Spain for Kids

The Kingdom of Spain (España) is the 4th largest country in Europe, with a land area of 505,370 sq. km. It lies in Southern Europe near the Iberian Peninsula, and is a part of the European Union. Spain has a population of around 47 million, with its capital being Madrid. 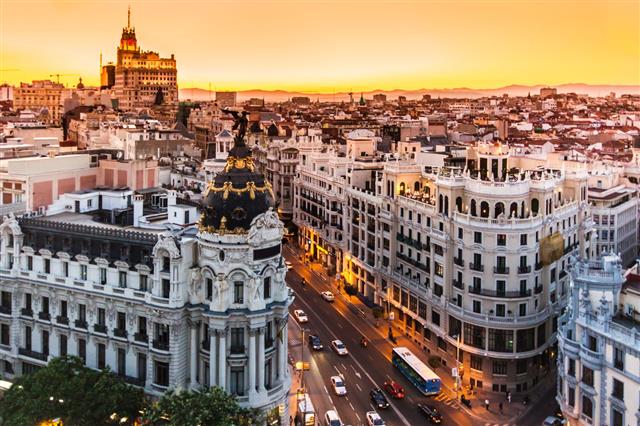 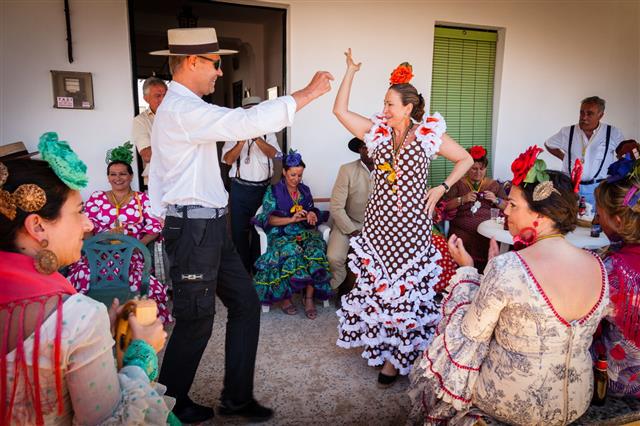 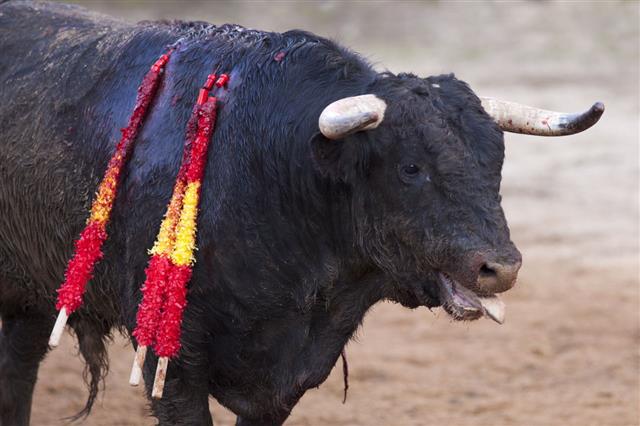 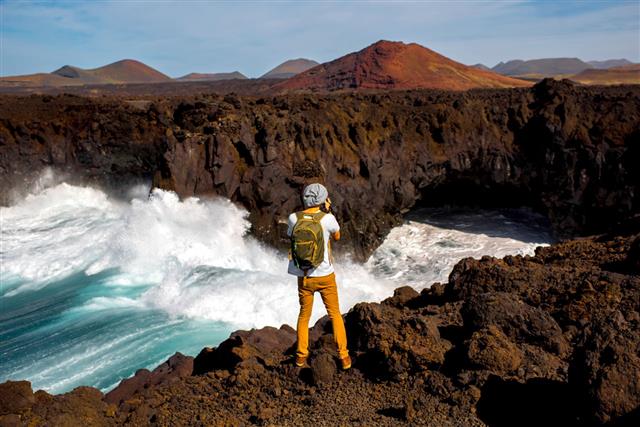 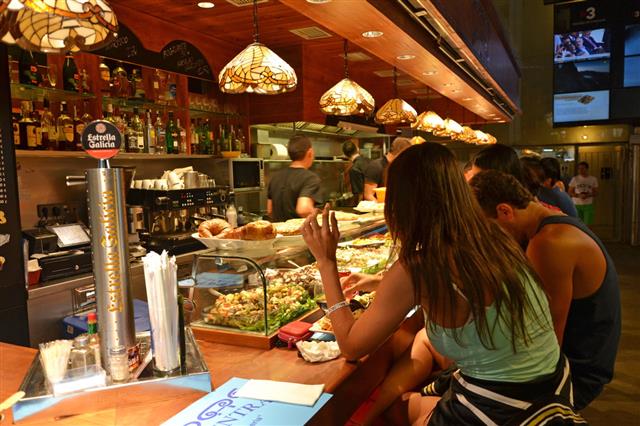 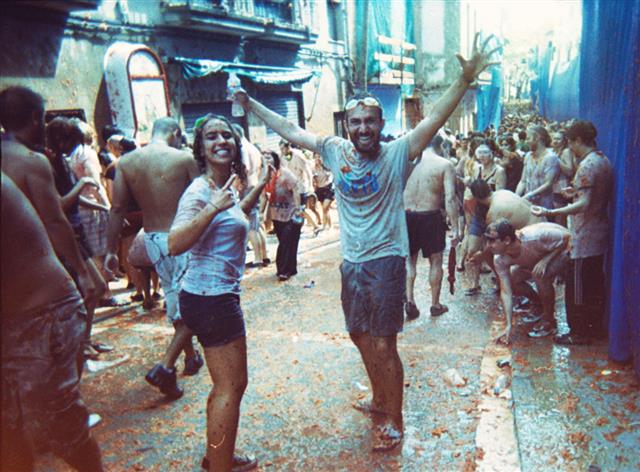 A glimpse of La Tomatina

Over 40 metric tons of tomatoes are hurled around in the Spanish town of Buñol, which is where people gather to celebrate the ‘La Tomatina’ festival. With around 40,000 to 50,000 people gathering to take part in this fun event, it is the world’s biggest food fight, that takes place on the last Wednesday of August every year. 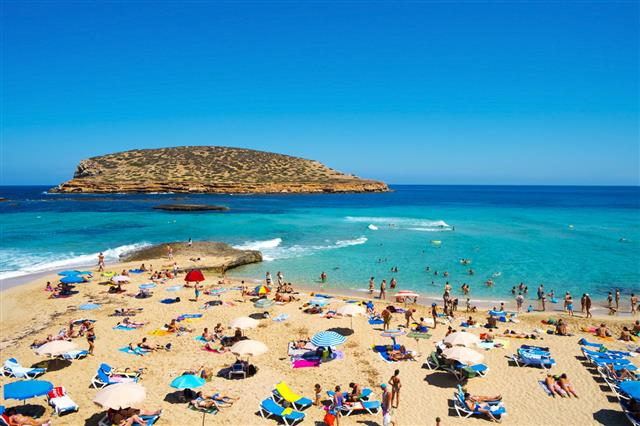 Spain is situated in the Iberian Peninsula in Europe and is closest to Africa. Its geographical coordinates are 26° and 44° N, and longitudes 19° W and 5° E. It has some of the most beautiful beaches in the world, along a coastline that extends to nearly 8,000 km.

Spain is bordered by France in the northeast and Portugal in the west. It also shares its borders with Morocco and Gibraltar in the south. Its eastern boundaries are flanked by the Mediterranean Sea, in which lie the Balearic Islands and Canary Islands. 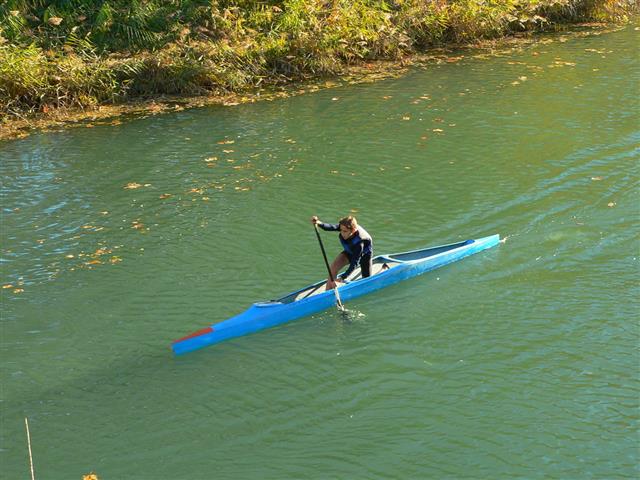 Spain is known to be a country of mountains, with dominant ranges such as the Pyrenees, Cordillera Cantábrica, Sistema Ibérico, Sierra Nevada and Sierra Morena. The country also has many rivers, the important ones being the Tagus, Ebro, Duero, Guadiana, and the Guadalquivir.

Mt. Teide in the Canary Islands rises to 12,198 ft., and is the tallest mountain in Spain. It is also the 3rd largest volcano in the world, when measured from its base 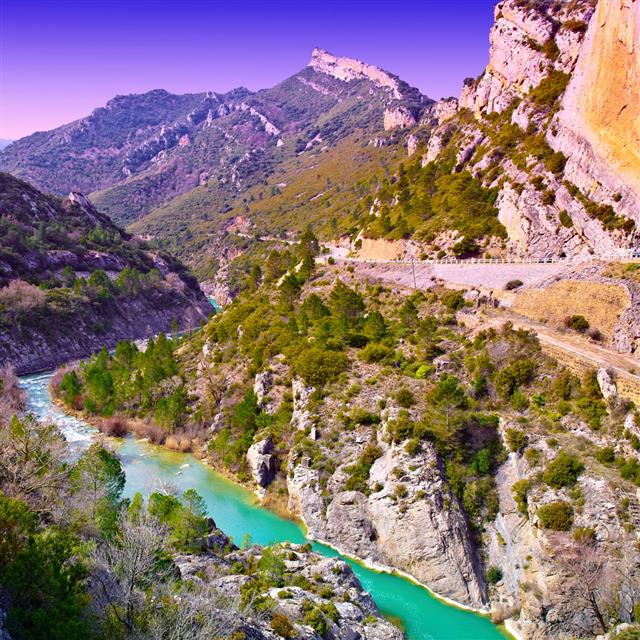 The climate in Spain is predominantly Mediterranean in the peninsular regions, semi-arid or arid in the southeast, and oceanic in the northern and northwestern part of the country. Spain has a wealth of natural minerals, metals and rocks, such as coal, zinc, copper, iron ore, tungsten, mercury and magnesite.

Madrid, the capital, lies in the exact center of the country, so much so, that a marker has been placed at Puerta del Sol to denote this.

The word Madrid has come from Magerit, an Arabic word. 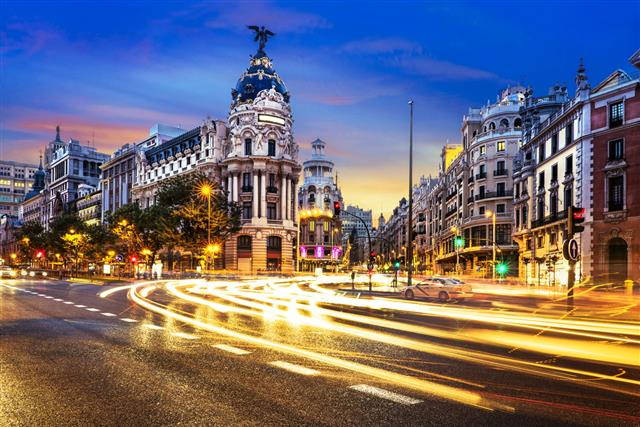 The city of Madrid is the geographical center of the country, while Plaza Puerta del Sol is the heart of Madrid.

The Metro de Madrid is the subway system in Madrid, and is the 6th longest metro rail network in the world.

In Spain, you can get many medicines ‘over-the-counter’, for which you would need a prescription in other parts of the world.

Spain was the first country in Europe to ban smoking in bars and at the workplaces.

In the United States, Spanish is the most popular foreign language.

The most popular cartoons in Spain are Pocoyó and Los Lunnis.

A tooth fairy doesn’t exist in Spain. Instead there is Ratoncito Pérez, a tooth mouse.

Spain was not a part of both the World Wars. 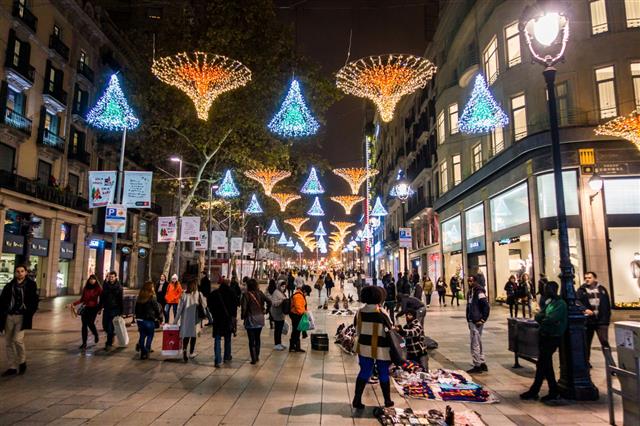 Portal de l’Angel is the most walked street in Barcelona. Approximately 3,500 people walk this street every hour.

St. Georges Day is the national feast day which is celebrated by presenting friends and family members with roses and books. This prompted UNESCO to declare 23rd April as the international day of books.

The concept of Siesta (an afternoon nap) originated in Spain. People in Spain were entitled to a good 3-hour lunch break, that included the siesta time as well. This tradition has almost disappeared now.

In Spain, people have meals quite late; lunch between 2 and 4 pm, and dinner as late at 10 in the night.

Tapas are traditional appetizers that come in a variety of combinations, that include meat, seafood and vegetables such as tomatoes. Olives, cheese and wine are common ingredients around the area. This dish is served in bars along with drinks, and people eat tapas standing, chatting with one another.

Fresh bread is an essential inclusion at every Spanish dinner table, and are long loaves called Barras or small round ones called Bollo. 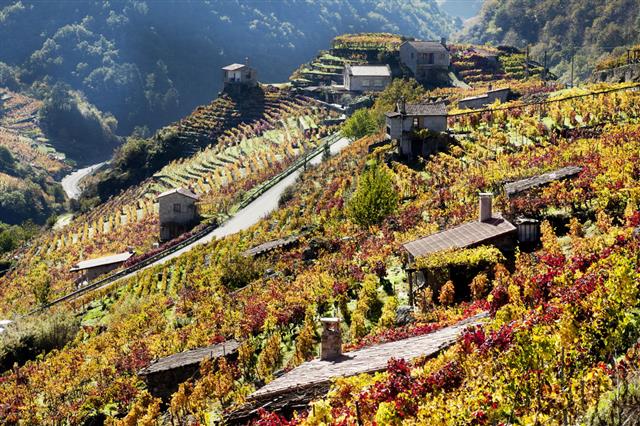 Spain has 2.9 million acres of planted vineyards, and is the third-largest producer of wine in the world. The fortified sherry makes up for nearly 95% of the plantings, although the country is famous for its red wines.

Spain is also known for its olives. It is the largest producer of olive oil, and accounts for nearly 45% of the world’s output. 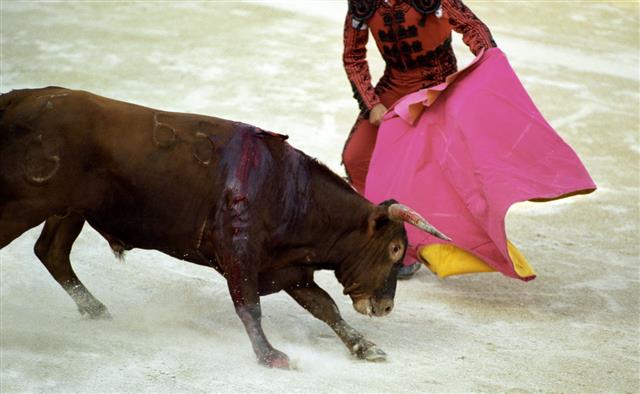 Spain is famous for its bullfighting festivals. The red cape that a Spanish Torero or Matador brandishes is called a Muleta, and is actually not used to anger the bull as these animals are colorblind. It is rather used to camouflage the blood on its body as the matador strikes it down. 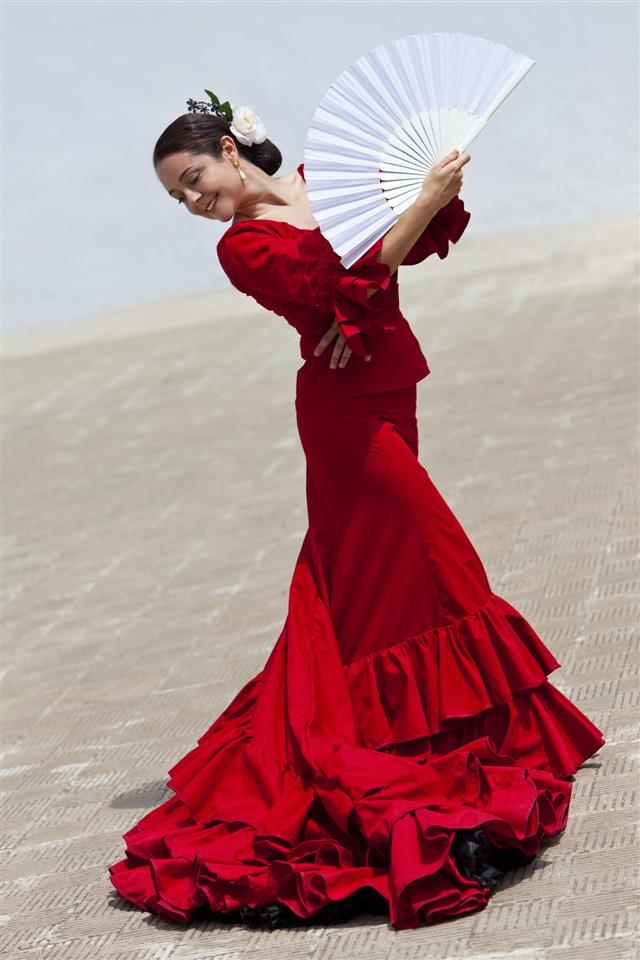 Flamenco is a traditional music and dance genre from the Andalusian region of Spain. It’s characterized by bright clothing, flamboyant moves, and an elegant posture. 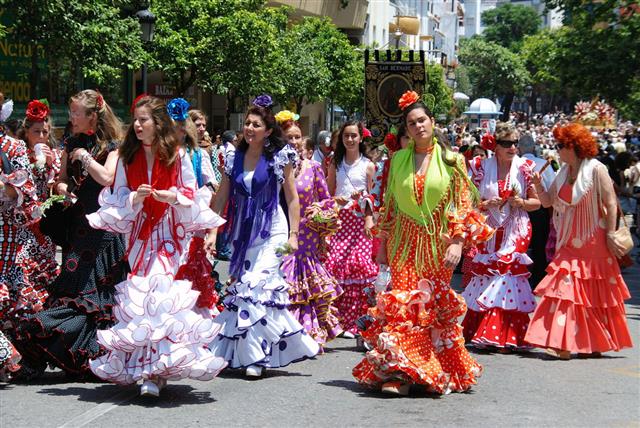 Around 95% of the population in Spain is Roman Catholic.

At present, Christianity is the dominant religion in Spain, but around three centuries ago, it was Islam.

Football or Fútbol is the most popular sport in Spain, that people follow with almost religious fervor. Real Madrid is the richest football club in the world, and it also boasts of more than 230 million fans. FC Barcelona has the largest football stadium that can seat 100,000 people. 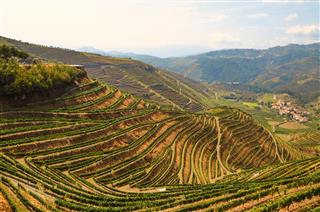 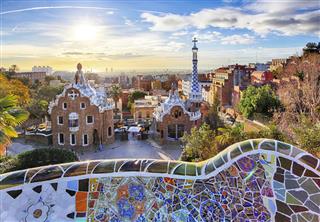 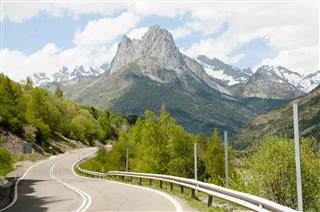 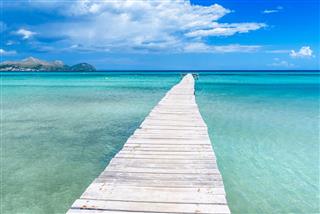 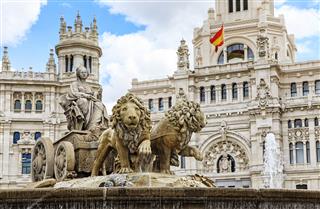