15 Most Luxurious Hotel Brands In The World

Everyone deserves a bit of the good life - the caviar, champagne, and room service at a moment's notice. Speaking of room service, we have for you a list of the largest hotel chains in the world that spell luxury and comfort through their various hotels worldwide.

Home / Uncategorized / 15 Most Luxurious Hotel Brands In The World 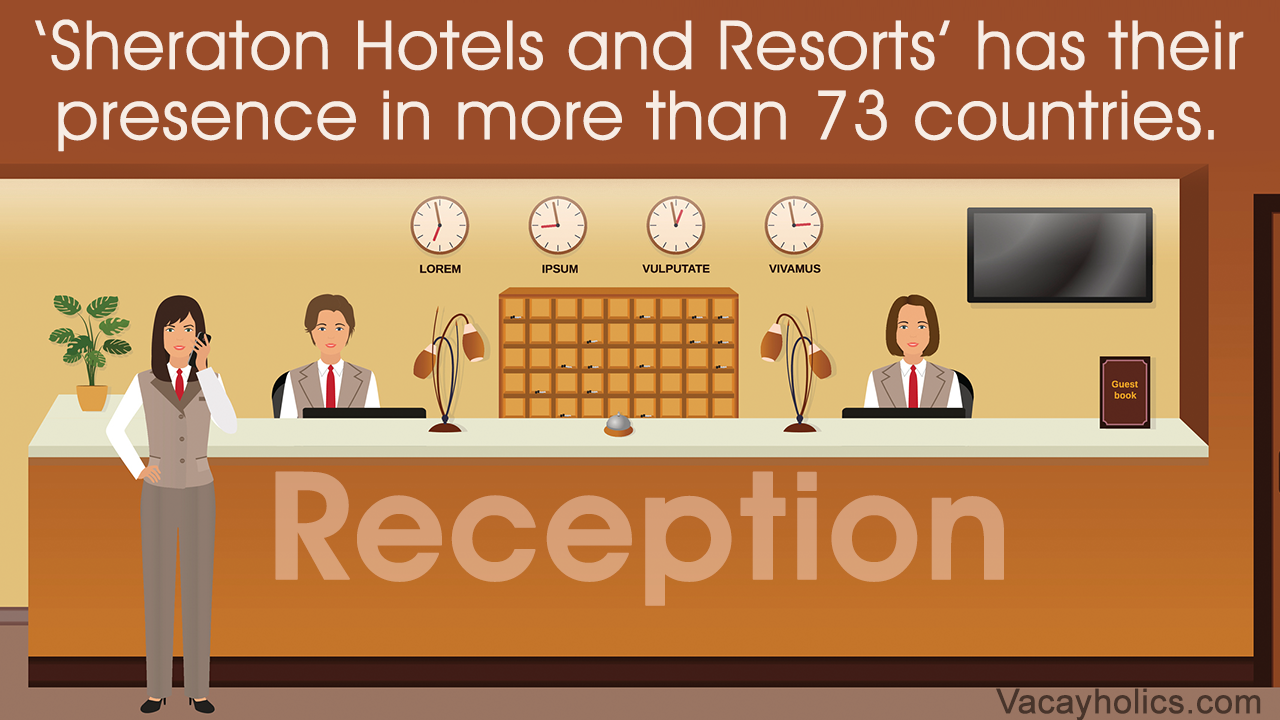 Everyone deserves a bit of the good life – the caviar, champagne, and room service at a moment’s notice. Speaking of room service, we have for you a list of the largest hotel chains in the world that spell luxury and comfort through their various hotels worldwide.

Apparently, Apple founder and CEO Steve Jobs got his inspiration for the Genius Bar from the concierge station of the Ritz-Carlton hotel.

Luxury hotels are renowned for providing utmost comfort and care to their customers. These facilities boast of such varied amenities that are not easily available with small motels and lodgings. From chauffeur-driven Rolls-Royces to personal butlers to the usual 24-hour fitness centers, swimming pools, and Wi-Fi. These hotels not only provide them but pride themselves on being the best in the business.

With global travel and tourism at an all time high, the luxury accommodation options are also at an all time high. Yet, only a select few stand the test of time to provide an experience that feels just like home. Given below are a compilation of the best luxury hotel brands around the world.

Most Popular Hotel Brands in the World

Aman Resorts was founded by Adrian Zecha in 1988 and was the first to play with the concept of boutique hotels. He created the first resort in Phuket with only 500 rooms and 40 villas. Now, it has a presence in almost 20 countries by offering plush villas, bungalows with private pools and outdoor lounging areas. The most striking feature is that there’s no room service or even a reception desk, but 4 staff members are allocated to each guest. The name Aman in Sanskrit best describes the experience one derives on visiting their hotels is rather apt―tranquility and peace of mind. 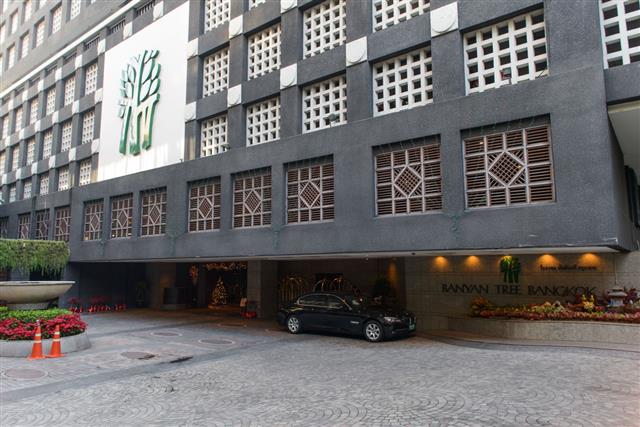 Banyan Tree Hotels had its humble beginnings at Phuket, Thailand and was the brainchild of Ho Kwon Ping and his wife Claire Chiang. Since its inception in 1994, it has grown to over 36 resorts, with 2 more coming in China and another one in Morocco, across 28 countries. It has accumulated 700 awards for all its hotels, and garnered a loyal clientele for its tropical villas and tropical garden spas. 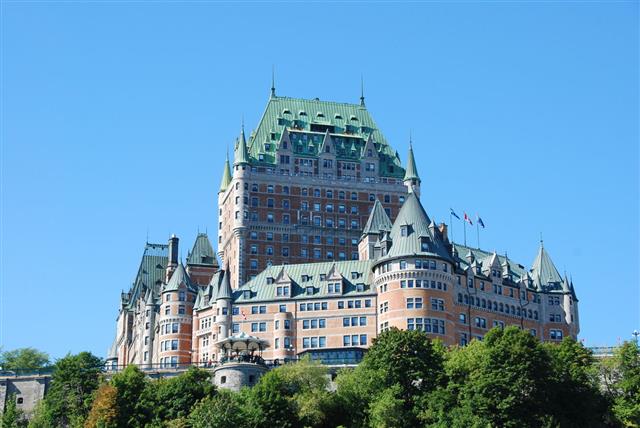 Although the first hotel to bear the name ‘Fairmont’ was based in San Francisco, it’s a hotel chain that has its origins in Canada and started operations in the 1960s. It boasts of hotels in 19 countries, of which the prominent ones are the Hotel Vancouver in Vancouver, Château Frontenac in Québec, The Royal York in Toronto, and The Empress in Victoria. 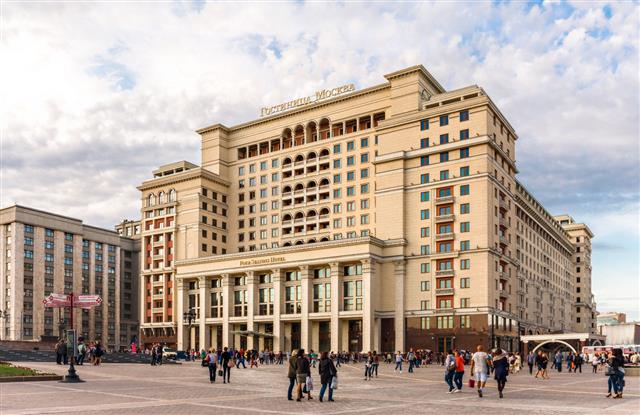 Founded in 1960 by Isadore Sharp, it currently has over 90 hotels in 37 countries. It made business travelers its primary focus and offered flight plans in its Boeing 757 which had a limited number of seats. One of the premier services provided is the Undercover series that promises guests dinner and a wonderful evening. Only the location, time, and place are conveyed to the guests, while the rest of the evening promises to be a surprise. To ensure that the customer has his/her primary comforts fulfilled, it even allows him to choose his own mattress, bed sheets, and pillows. 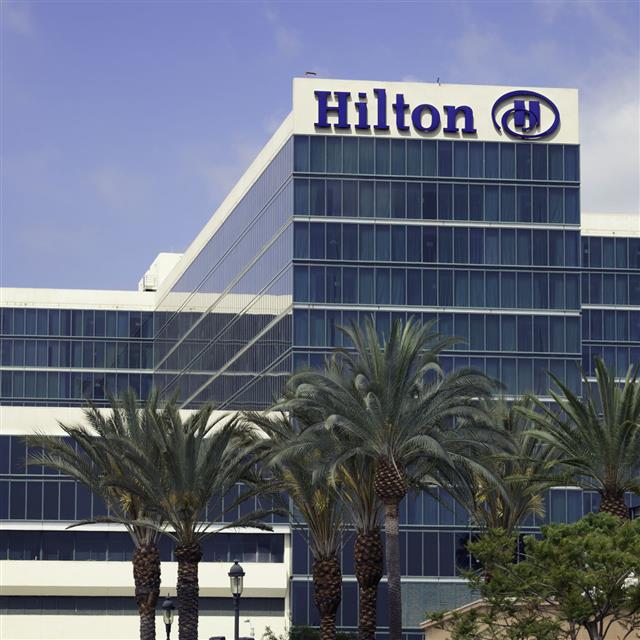 The name Hilton, although synonymous with Paris Hilton today, is known for its famous hotels and resorts around the world. It was started by Conrad N Hilton in Texas in 1919. With over 4,000 hotels and resorts spread across 91 countries, it has amassed a number of reputed hotels under its brand such as Waldorf-Astoria and Hampton Inn hotels. 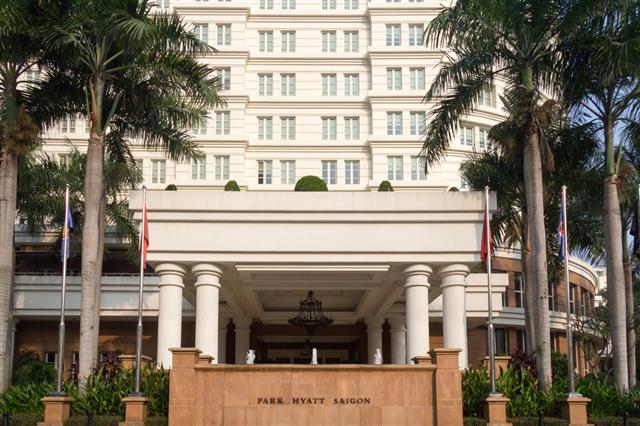 One of the most luxurious hotel management companies, Hyatt has 587 hotels across the world including the Middle East as well as countries along the Arabian Sea and Persian Gulf. Although founded in 1957 by Hyatt Robert von Dehn and Jack Dyer Crouch, it owes it current success to Jay Pritzker, its current owner. The most luxurious brand among them is the Park Hyatt, which has the Very Important Pooch package, marketed exclusively for dog owners, in which dogs who have accompanied their owners are provided with living quarters within their owner’s rooms as well as special treats. 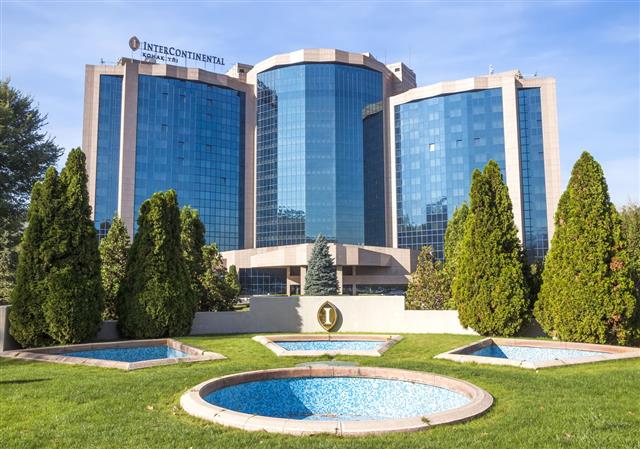 One of the largest hotel chains in the world, InterContinental Hotels Group (IHG) has many luxury hotels under its umbrella, but none as popular as the InterContinental Hotels & Resorts. It was started in 1946 by Juan Trippe and had its first branch in Brazil and currently has 180 hotels spread across the world. Recently, it was named ‘The World’s Leading Hotel Brand’ at the World Travel Awards. 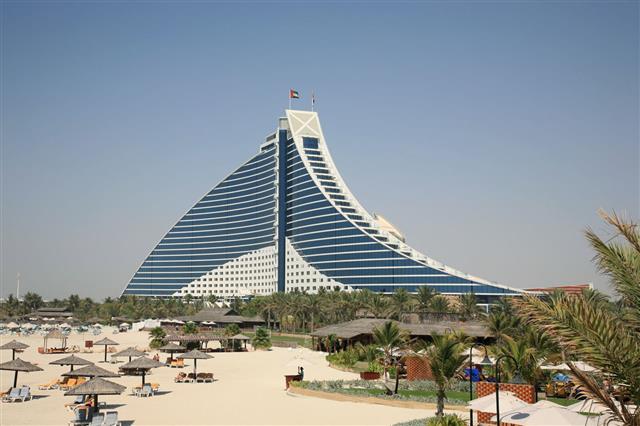 The Jumeirah hotel chain was founded in 1997 and owned by Dubai Holding. It has 21 hotels spread across various countries and has won numerous awards for its excellent hospitality. The renowned hotels under its umbrella include the Burj al Arab, Jumeirah Beach Hotel, and Madinat Beach Hotel, to name a few. By 2016, it plans to open 30 hotels across the world as a part of its expansion plan. 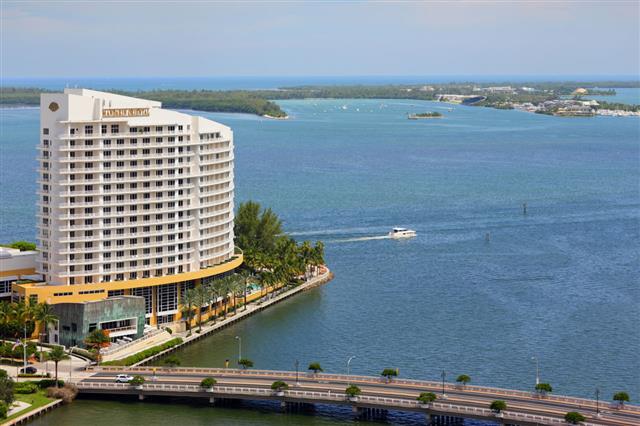 The first hotel was started in 1963 in Hong Kong by the Jardine Matheson Group. This hotel chain is renowned for its excellent spas and other stress-relieving amenities and is favored by exclusive clientele due to its uber luxury decor as well as its hospitality. It currently has 41 hotels in over 27 countries. 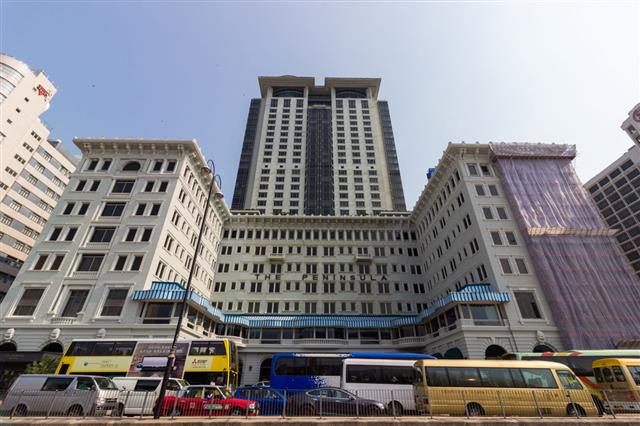 The Peninsula Hotels is the only major global hotel brand with one of the lowest number of hotels―only 10 branches across the world. The first hotel started in 1928 and currently, it has 10 branches, as of 2015. Not only is it known for its excellent hospitality, but it’s the only hotel that has 14 Rolls-Royce Phantoms at its disposal for ferrying the guests. 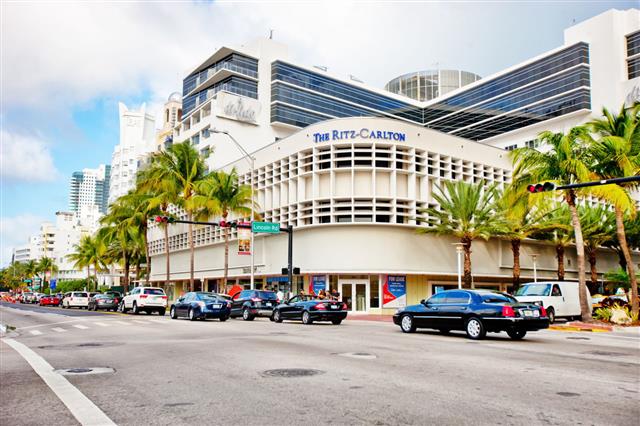 The Ritz-Carlton is one of the premier luxury hotels in the world and a subsidiary of Marriott International. It was started by César Ritz, who managed the Ritz in Paris and the Carlton hotel in London. Currently, it has over 87 resorts in 29 countries. One of the premium features is the Ritz-Carlton Club membership which provides you with a personal concierge, beverage buffets, food, and location-specific amenities. 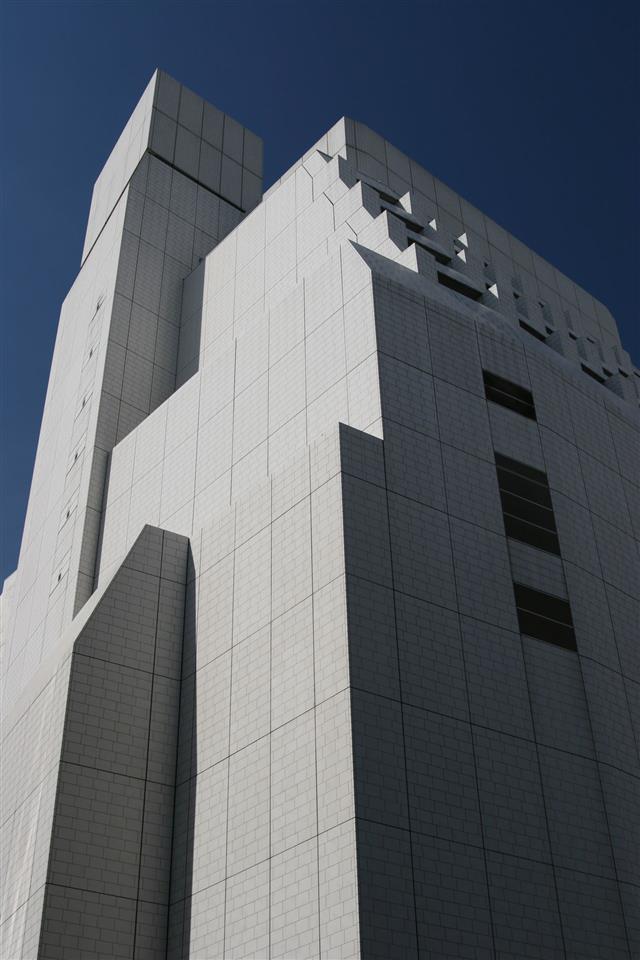 Rosewood Hotels was started by Caroline Rose Hunt in Dallas, Texas in 1979 and since then has 18 exclusive hotels, including the Hôtel de Crillon in Paris and The Carlyle Hotel in New York. With state-of-the-art residential accommodations and exceptional services at its behest, it has emerged as a key player in the luxury hotel market. By providing excellent amenities and services, it has attracted affluent guests from all over the world. 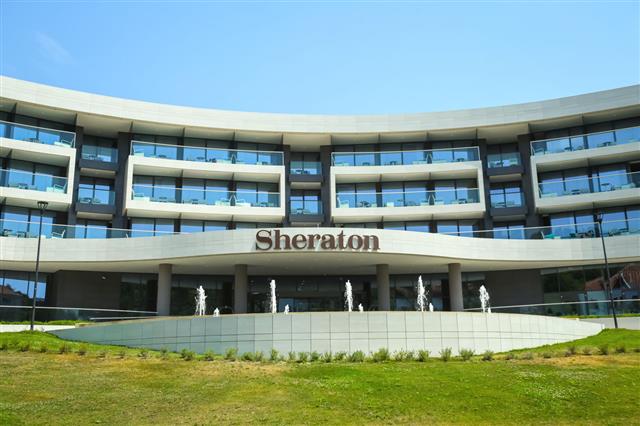 What began in 1937 in Springfield, Massachusetts as a small hotel has now expanded to over 400 hotels spread across 73 countries. Over the years, this hotel has always been preferred by the elite, which include former President John F. Kennedy. It also boast of enhancing customer experience through the Sheraton Preferred Guest, a loyalty program for its members to earn and redeem points at their hotels. 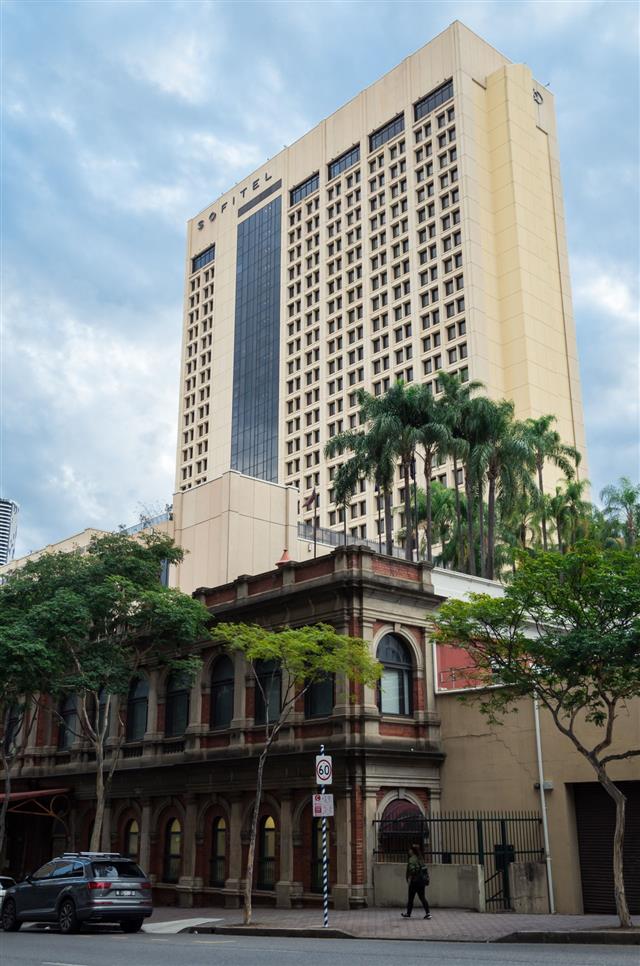 Sofitel is a French luxury brand hotel with its first branch opening in 1964. Over the next 30 years, it has established over 100 hotels across 40 countries. It joined Accor Hotels in 1997, and is currently operating in 92 countries with 120 hotels and is the 5th largest hotel chain in the world. The most popular among the Sofitel group of hotels, are Sofitel Legends,old palaces and luxurious properties renovated to suit the owner, each with its own remarkable history. It prides itself on serving first-class French cuisine and having world-class amenities. 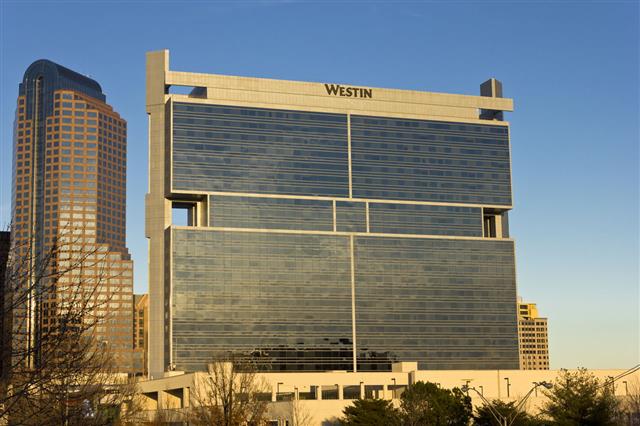 Westin was the brainchild of two competing hotel owners, Severt W. Thurston and Frank Dupar. They joined forces with Peter and Adolph Schmidt to form Western Hotels in 1930. The company soon grew to include more hotels under its brand and was renamed Western International Hotels in 1963. In 1980, it was rebranded under the name of Westin after being acquired by the UAL Corporation. It is the second most popular brand of luxury hotels from its parent company, Starwood Hotels and Resorts Worldwide, and the sister of Sheraton Hotels & Resorts. It has tie-ups with United Airlines, Continental Airlines and Delta Airlines. It has over 190 hotels spread across 37 countries with amenities like Heavenly beds and SuperFoodsRx menus as well as high-speed Internet access.