Attention Travelers! Here’s What to Do When You Miss Your Flight

So, one of your close friends recently missed a flight and shared the entire mishap with you last night, which left you overwhelmed with the thought of a similar thing happening to you. Here, we tell you what to do if you encounter a similar situation.

Home / Uncategorized / Attention Travelers! Here’s What to Do When You Miss Your Flight 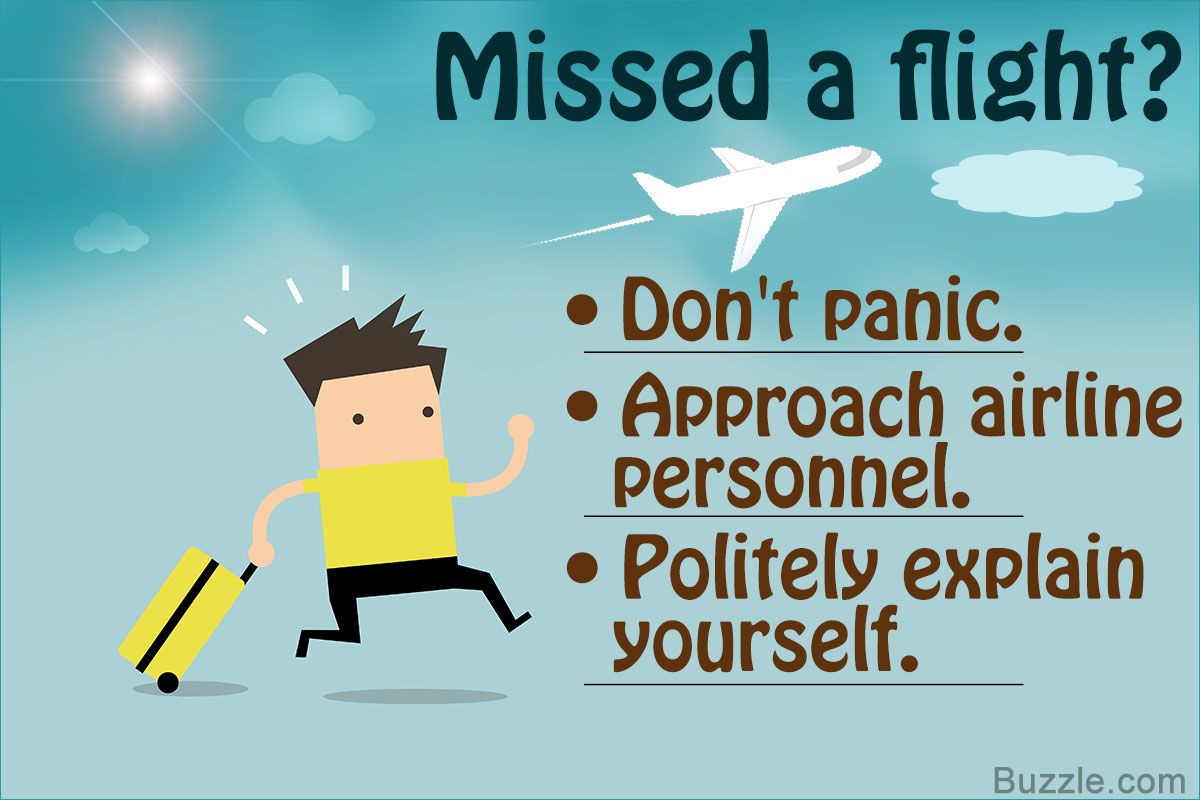 So, one of your close friends recently missed a flight and shared the entire mishap with you last night, which left you overwhelmed with the thought of a similar thing happening to you. Here, we tell you what to do if you encounter a similar situation.

An average of three passengers miss their flight every day due to evitable reasons, like not allowing themselves enough time or getting their dates mixed up.

We prefer an airplane over a car or any other means for traveling, because it’s quicker and more efficient. It is important to note that it is an efficient mode of transport, required you are also accurate in your planning, in your time management. Else, you are likely to run into a whole lot of problems, with one of the major ones being a missed flight.

Being a regular traveler, you may often come across the dreadful situation of missing a connecting flight, or sometimes even a boarding flight. It is most likely that you lost track of time and just couldn’t make it to the airport on the requested time.

There are two possibilities behind the flight leaving you while it takes off. It is either because of your laid-back attitude and mismanagement that you arrived late at the requested gate, or it was totally because of the mechanical problems in the plane, or any other technical issues on the part of the airlines. What should you do in such situations?

● The most important thing is to keep your cool and just breathe. If you think, you have missed your flight, which won’t return now. Deal with the situation, and decide on your next move.

● As soon as you compose yourself, rush to the ticket counter for help. Try to find others who are in a similar situation; being in a group will fetch you faster results.

● If you remain calm and composed, you will be able to talk to the gate agent nicely, who will be looking into your case, and may ultimately go out of the way to help you.

Following are the circumstances wherein you have missed a flight and what you should be doing then.

If You Are at Fault

It is as simple as this — if you miss your flight due to your own fault, technically the airline is not under any legal obligation to help you make it to your destination. If you left for the airport very late (because of which you missed your flight), then it is your fault, and you will have to think your way out of this unfortunate situation.

● Rush to the ticket counter, and explain whatever has happened to the airline officials.

● Be calm and polite to the airline personnel; getting irritated will increase problems instead of solving them. Remember, it is not the airline’s fault that you didn’t turn up on time.

● You are likely to be charged a change penalty and/or the fare difference, which is fair enough on their part. However, if your airline follows the “flat tire rule”, you might be eligible for a free change.

The flat tire rule is applicable when you miss a flight but show up within a couple of hours of the scheduled departure, because you faced certain problems like a flat tire, traffic jam, accident, etc. The airline gives you the benefit of doubt and keeps you on a standby for the next flight.

If You are Not at Fault

When you have planned and timed everything to catch your flight on time, and if you still miss it, the airlines may take some action and help you out with the situation.

This situation might occur due to some technical problems, or crew unavailability. Hence, the airlines may take the following steps to assist you:

● Most airlines will rebook you on their next flight that is available.

● If that flight departs on the next day, the airlines will either compensate for your stay and meals, or certain carriers will book you on another airline.

● If you missed your scheduled flight because of weather problems, the airlines will usually rebook you on the next flight but won’t probably pay for the meals and accommodation.

● In case you have missed a connecting flight, your luggage will continue its journey without you. You can approach the ticket counter to just confirm whether they can help to retrieve your baggage — the chances are very less though.

However, if you have missed a boarding flight, but the plane is still to take off, you are probably lucky to retrieve your luggage with the assistance of the airline personnel.

The rarest situation is when the gate change announcement is not made by the airline officials. Most of the time, it is the passengers who are unable to grasp the announcement for their flight amidst the security warnings, check-in announcements, final boarding calls, and several other things.

What to Do
Recheck and keep checking the departure gate information on departure boards that are put up at several locations throughout the terminal.

A gate change can happen even at the last moment on a short notice; hence, don’t rely on the information printed on your boarding pass. 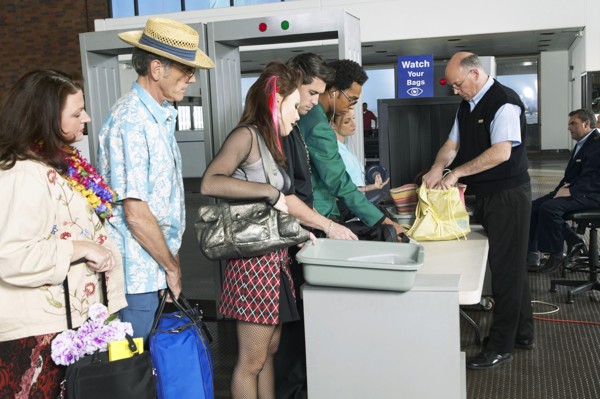 You plan your schedule and head to the airport thinking that you have time to go for snacks, visit the restroom, and then board the flight. But, you arrive in the airport lobby to find the long check-in and security lines that ultimately keeps you from boarding the flight.

What to Do
● Make it the rule of thumb to be at the airport at least 1 hour prior to a domestic flight and 2 to 3 hours before the international ones.

● Another thing you can do is to visit the authentic websites that tell you about the waiting time at the security checkpoints around the country.

● A travel agent might also be in a position to inform you about the potential logjam at the checkpoints.

● Although these will be approximate details, it will at least give you a rough idea about the situation rather than being totally incognizant about the matters.

Sometimes, it may happen that you check in, and there is an announcement that your flight is delayed by 3 hours. Therefore, it’s quite obvious that you go for snacks or check out some stuff around to pass your time, and when you are back to board your flight, you hear that it has taken off without you.

● Firstly, do not wander so far that you don’t know how to get back to your gate, eventually missing the flight.

● Secondly, be in touch with the gate agent for the latest updates about the flight timings.

Bumping from a Flight

In simple terms, getting bumped from a flight means to be denied of a seat even when you are having a confirmed reservation. It can be voluntary or involuntary bumping, which happens because the airlines overbook their flight, taking into consideration that almost 15% of the travelers with prior reservation won’t turn up.

Another reason for bumping emerges from the weather or mechanical problems that make the carrier cancel flights, and the next flight is not able to accommodate all the stranded people.

● If you can’t afford to get bumped from a flight, arrive as early as possible to the airport. If you are taking a popular route, then you cannot be late to the airport, because the chances of getting bumped are more with such routes.

The larger the airport, the more time you will need to move from one terminal to the other. While weather conditions, or any technical issues are not in your control, you can at least make it a point to be on time from your end and avoid further inconveniences. Wish you a happy and safe journey!