Astounding Facts About the Incredible 12 Apostles of Australia

Home / Uncategorized / Astounding Facts About the Incredible 12 Apostles of Australia 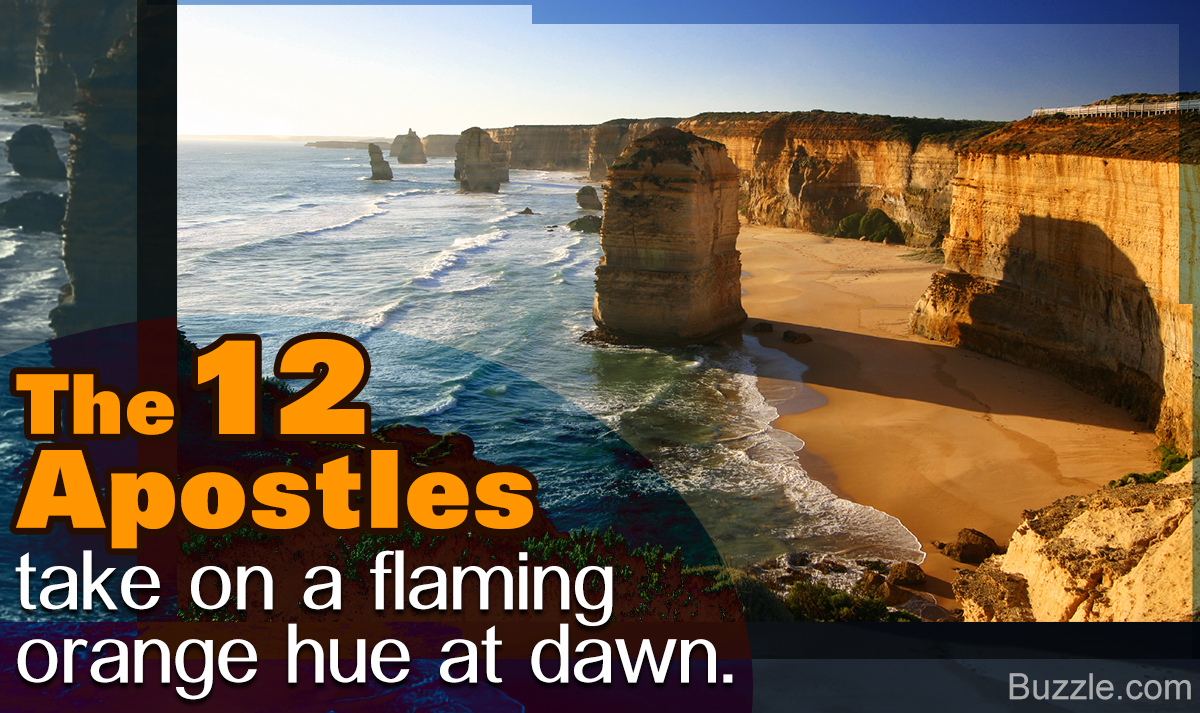 Where exactly are they located?

The 12 Apostles are located on the corner of Booringa Road and Great Ocean Road in Princetown 3269, within the Port Campbell National Park.

You may have seen them in photographs, or even on television. But nothing readies you for the spectacular beauty of the Twelve Apostles when you actually come face to face with them.

These rock formations are the result of ongoing erosion, brought upon by the harsh climes of the Southern Ocean. Over the course of thousands of years, the crashing waves managed to erode the soft limestone, forming caves within the cliffs, which later became arches. The arches collapsed in time, leaving rock stacks measuring up to 45 meters high. As a result of constant erosion, currently, there are less than ten that remain.

Interesting Facts about the 12 Apostles 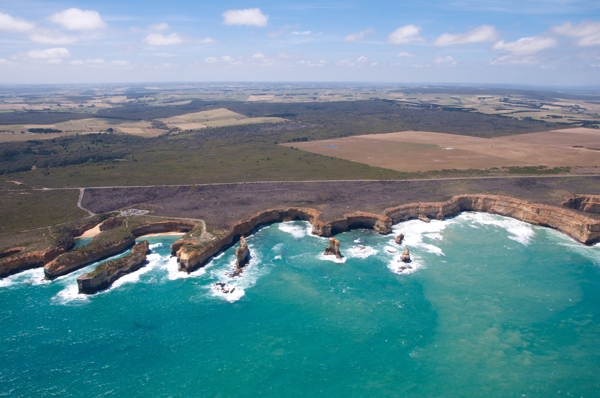 Aerial view of the 12 Apostles

The 12 Apostles originally went by the name of Sow and Piglets. The ‘Sow’ was actually the Mutton Bird Island, which can be viewed from Loch Ard Gorge. The Piglets referred to the surrounding rock formations to the east.

They have been collectively referred to as the ’12 Apostles’ among the locals, but individual rocks do not carry the name of each Biblical apostle.

The Biblical reference is in line with similar formations in the vicinity, including the Gog and Magog located at Gibson Steps and the Grotto.

In the earlier days, these limestone stacks gradually came to view as visitors traveled via the Old Coach road which connected Port Campbell to Princetown. 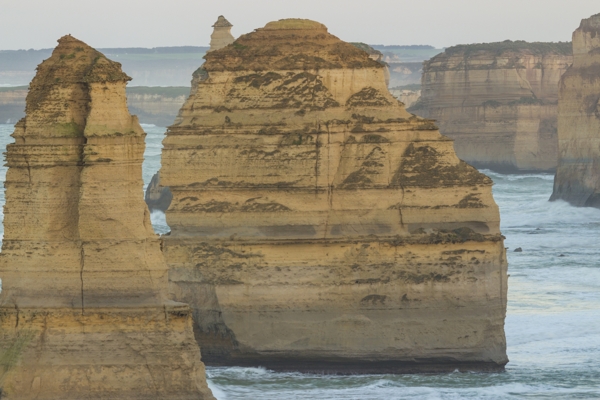 Limestone, being a sedimentary rock, can reveal a lot about the geological record of the structure through its layers. The limestone at Port Campbell is dated between 15 to 20 million years.

It is estimated that the formations we now see before us have taken shape over the last 6000 years or so. Another projection reveals that on the Port Campbell coastline, it takes about 600 years for a headland to transform into an arch, and then to stack, before its eventual collapse.

A feature of the limestone found here is that it is harder in its top layers than it is in those at the bottom. As a result, the softer base layers give in to the initial undermining, creating overhangs, arches, and eventually, new stacks. 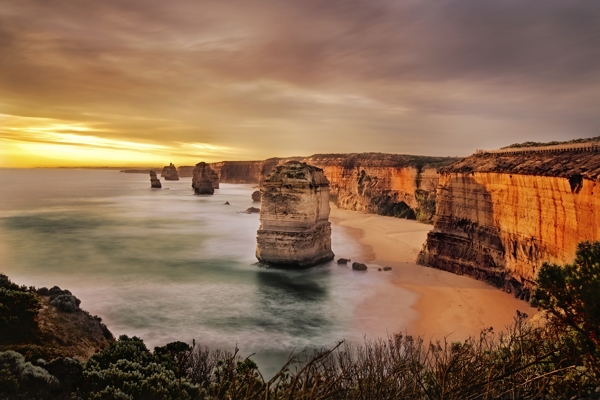 The orange hue at dawn

The best time to visit the site would be at dawn or dusk, since the fleeting sunlight casts a vivid orange glow to the limestone stacks.

This magnificent natural wonder is best viewed when you take a helicopter ride above it. Otherwise, you can always take a car ride along the gorgeous Great Ocean Road. 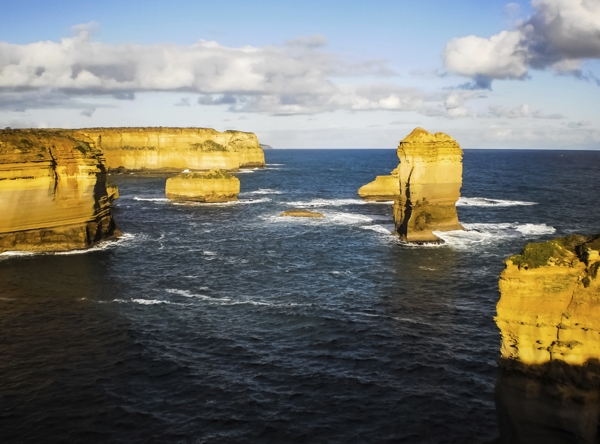 Once you’re there, you’d be surprised to know that you can’t see all the 12 Apostles from the viewing point, as they are at a substantial distance from one another.

7 rock stacks are visible at first glance when you look towards the west, whereas the rest are obscured by headlands and other stacks. To the east are a further two rock stacks, called Gog and Magog.

You can access the beach via Gibsons Steps to view the imposing 70-meter high vertical cliff line. A walk on this beach brings you in the vicinity of the Gog and Magog stacks. 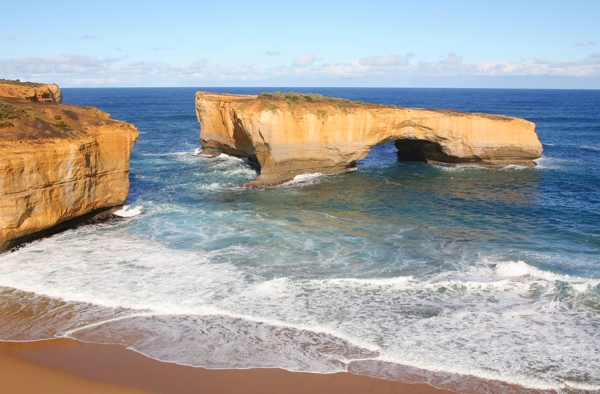 Remains of the London Bridge

London Bridge used to be a natural archway and tunnel in an offshore rock formation. Unfortunately, it collapsed in 1990 and now looks quite like a couple of pillars without a middle.

The 12 Apostles of Australia are a stellar example of our planet’s natural transformation, which has been going on ever since its inception. Visit this marvelous monument for an experience of lifetime.